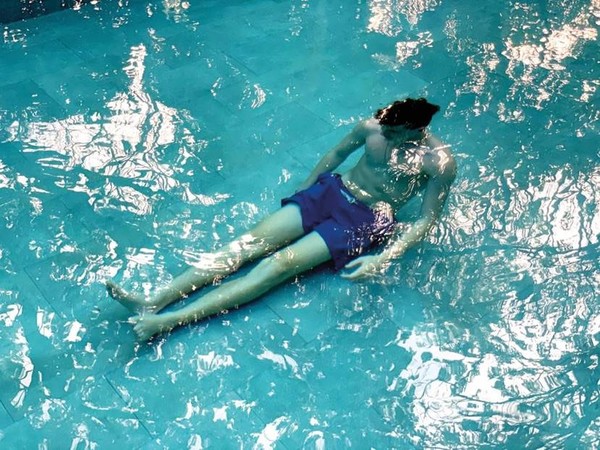 Pirelli HangarBicocca is pleased to announce a solo show by Maurizio Cattelan from 15 July 2021 to 20 February 2022. Specially conceived for the spaces of the Milanese institution, the exhibition symbolically represents the cycle of life and gives the audience an insight into collective and personal history, always poised between hope and failure, matter and spirit, truth and fiction.
Over the coming months, Pirelli HangarBicocca will continue with its exhibition program with the opening of “Breath Ghosts Blind” by Maurizio Cattelan, one of the best known Italian artist in the contemporary art scene, which will run from 15 July 2021 to 20 February 2022 (with a press presentation on 13 July). The museum space is at present closed and will re-open to the public as soon the Covid-19 regulations permit.
Curated by Roberta Tenconi and Vicente Todolí, the solo show by Maurizio Cattelan brings together a revised configuration of an historical work with new artworks for the first time presented in the spaces of the Navate area in Pirelli HangarBicocca, transforming them into a monument beyond time.
“Breath Ghosts Blind” unfolds in a series of acts dealing with existential concepts and issues such as the fragility of life, memory, the individual and collective sense of loss. Amongst
symbolic references and images that belong to our collective imagery, the unique site-specific project challenges the current system of values.
Through his practice and over his thirty-year long career, Maurizio Cattelan (b. Padua, 1960) has staged actions that are often considered provocative and irreverent. His works highlight the paradoxes of society and reflect on political and cultural scenarios with great depth and insight. By using iconic images and a caustic visual language, his works spark heated public debate fostering a sense of collective participation. Conceiving artworks inspired by images that draw on historical events, figures or symbols of contemporary society—sometimes recalled even in its most disturbing and traumatizing sides—the artist invites the viewer to change perspective and to acknowledge the complexity and ambiguity of reality.
The exhibition “Breath Ghosts Blind” is the culmination of a project the artist has been working on for a long time and it celebrates his return to Milan after more than ten years. Taking place in the city that has already been home to several of his most significant interventions—from Untitled (2004), the debated installation in Piazza XXIV Maggio, to the monumental public sculpture L.O.V.E (2010)—the show pursues Cattelan’s visionary reflections towards the most disorienting aspects of everyday life.
His monographic exhibitions and projects have been presented by major international institutions, including Blenheim Palace, Oxfordshire (2019); Monnaie de Paris (2016); Solomon R. Guggenheim Museum, New York (2016 and 2011); Fondation Beyeler, Riehen/Basel (2013); Ujazdowski Castle Centre for Contemporary Art, Warsaw (2012); Palazzo Reale, Milan, The Menil Collection, Houston, Deste Foundation Project Space, Hydra (2010); Kunsthaus Bregenz (2008); MMK Museum für Moderne Kunst, Frankfurt (2007); Fondazione Nicola Trussardi, Milan, Musée d’Art Moderne de la Ville de Paris, and Galleria Civica di Arte Contemporanea, Trento (2004); MOCA Museum of Contemporary Art, Los Angeles, and Ludwig Museum, Cologne (2003); Museum of Contemporary Art, Chicago (2002).
Cattelan has also participated in major group shows, including the Yokohama Triennale (2017 and 2001); Venice Biennale (2011, 2009, 2003, 2001, 1999, 1997 and 1993); Gwangju Biennale (2010); Biennale of Sydney (2008); Whitney Biennial, New York, Seville Biennial (2004); Biennale de Lyon (2003), and Skulptur Projekte Münster (1997).
The artist was a finalist for the Guggenheim Hugo Boss Prize (2000), and received the Quadriennale Prize in Rome (2009), the Arnold-Bode Prize, Kassel (2005), an honorary degree in Sociology from the University of Trento (2004) and the honorary Professorship in sculpture from the Accademia di Belle Arti di Carrara (2018).
A monographic publication will be realized in occasion of the show “Breath Ghosts Blind” presenting critical essays by Francesco Bonami and Nancy Spector on Cattelan’s practice together with a conversation between the artist and the curators Roberta Tenconi and Vicente Todolí. Furthermore the volume will contain a rich photographic documentation of the exhibited artworks together with reflections on themes that emerge in the show through the gaze of philosophers, theologians and writers such as Arnon Grunberg, Andrea Pinotti and Timothy Verdon.
The solo exhibition by Maurizio Cattelan will be presented in the Navate space concurrently with Neïl Beloufa’s “Digital Mourning” extended until 9 January 2022 in the Shed space. The show devoted to Chen Zhen “Short-circuits” will close to the public on 6 June 2021.
Together with the exhibitions, over the coming months Pirelli HangarBicocca will maintain its extensive program of research, education, inclusive and formative activities conceived both for the digital and for the physical space—when permitted.
All the in-depth contents that revolve around Pirelli HangarBicocca’s exhibitions and cultural projects are online at pirellihangarbicocca.org in the new digital “Bubbles” format.
Pirelli HangarBicocca is a non-profit institution dedicated to the promotion and production of contemporary art that reflects the corporate culture of Pirelli and its commitment to research, innovation and the dissemination of contemporary languages. Pirelli HangarBicocca stages a rich program of solo exhibitions by major international artists who have made their mark through research and experimentation, as well as a program of cultural events and presentations, guaranteeing visitors free access to the space.