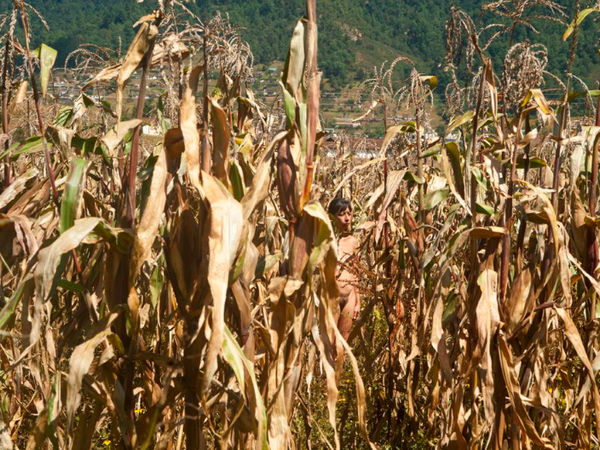 As part of Artissima, on Friday November 4th 2022, the PAV is pleased to announce the opening of Tierra, the solo exhibition of the artist Regina José Galindo, a Guatemalan artist who, for over twenty years, has been investigating the subject of social justice through the lens of performative practices whose expressive focal point is the relationship between the body and the environment. The exhibition, curated by Marco Scotini, follows on from those by the Indian artist, Navjot Altaf, and the Indonesian artist Arahmaiani in the investigation of the specific relationships that exist between environmental exploitation and oppressed peoples, women and minorities, decentralising the gaze as it goes beyond the geographical and cultural boundaries of the so-called West.

The exhibition curated by Marco Scotini covers Galindo’s twenty year long career (she won the Leone d’Oro at the 51st Venice Biennale as best young artist), focussing on the ways in which every one of her contacts with natural elements should be read in an intersectional and militant key. Amongst all the natural elements, the earth, that provides the exhibition’s title, has a particular status of its own: Galindo’s approach avoids any essentialist description of the relationship between the earth and the female body, foreshadowing and, equally, influencing the more recent trends of eco-feminist artistic research. The itinerary displays the results of an approach that has evolved over the years, from an initial focus on Guatemalan socio-political problems, to a (site-specific) attention to the contexts and communities with which the artist has found herself interacting. Furthermore, as part of the opening, the exhibition connects to the current humanitarian and energy crisis through a new performance based on fossil matter.

Originally from Guatemala City (1974), Regina José Galindo uses the body as the preferred instrument of an intense artistic practice which began towards the end of the 1990s. Far from the formal type of research performed by the traditional art schools, Galindo immediately used art as a means of communication and political action. Born and brought up during the long Guatemalan military dictatorship, she was a witness from a very early age of the civil war characterised by repressive practices through to the ethnic cleansing of the indigenous populations.

The physical and conceptual heart of the exhibition, the Tierra (2013) performance testifies to the trauma that innervates the people’s memories. A trauma in which the earth is the barycentre of crimes carried out by attacking bodies – the mechanical digger that digs a ditch around Galindo’s body alludes to the mass graves into which the military threw both political opponents and indigenous people – on both political and economic levels. The coup d’etat that inaugurated Carlos Castillo Armas’s military regime in 1954 was effectively constructed by the United States in order to protect the interests of the United Fruit Company.


Equally, in Mazorca (2014), the predatory and violent act represented by the mechanical digger turns into four men with machetes who cut down the plants around the artist’s body as she stands in the middle of a field of maize. The military’s repressive strategies include precisely the destruction of the fields that are fundamental for sustaining the indigenous population. A threat that was followed up, twenty years after the end of the conflict, by a law passed exactly in 2014 by the Congreso de la República, commonly known as the Monsanto law. The name of this famous American multi-national leads us back to the inseparable nature of ecology and politics. With Galindo’s exhibition, the PAV Parco Arte Vivente confirms the leitmotif of its programming in a particularly clear way, stating that sensitivity to ecological issues can in no way be separated from a radical analysis of the economic and political powers that delineate contemporary capitalism.

In the context of the exhibition AEF, PAV's Educational and Training Activities, offers schools and groups the workshop activity Patchwalking - Creating New OMGFree Territories. The common good, as a planetary totality to be preserved, underlies a collective code that is proper to all living species. Migrations and displacements produce a continuous contamination between local and global, so geographies and cultures redistribute themself and they change according to criteria of hybridization, adaptability and encounter.
During the workshop, starting from the symbolic value of the soil, which each group is invited to bring from its belonging place, and through the use of colored pigments provided, a collective work is produced in which the material experience with the earth create an organic mapping made of traces and trajectories.
Reservations are required to participate: 011 3182235 - lab@parcoartevivente.it

The exhibition has been realised with the support of the Compagnia di San Paolo, the Fondazione CRT, the Regione Piemonte and the City of Turin.