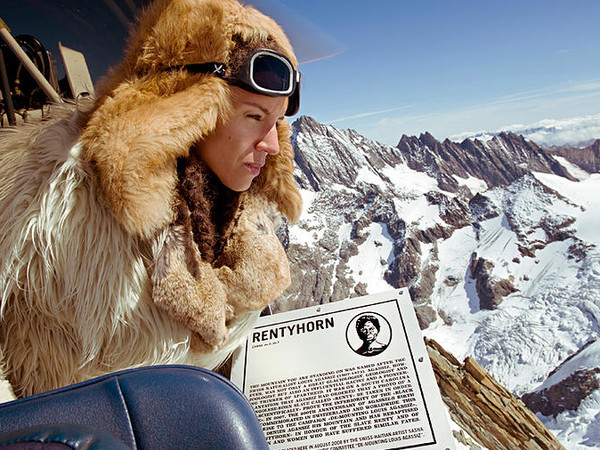 Tagore Foundation International and the Polo museale del Veneto are pleased to announce their presentation of Frontiers Reimagined, a major exhibition that will open to the public at the Museo di Palazzo Grimani on 9 May, 2015 in tandem with the inauguration of the 56th International Art Exhibition of la Biennale di Venezia. Curated by Sundaram Tagore, with co-curator Marius Kwint, the exhibition will explore the theme of cultural boundaries through new and recent works, many of which were created specifically for the presentation, by established and emerging artists from around the world. The site-specific installation is juxtaposed by the architecture and collection of the Museo di Palazzo Grimani, a 16th century palace turned state museum, which holds a unique place in Venetian history and architecture. The recently restored palazzo houses a historic collection of artwork by Hieronymus Bosch, Giorgione, Vasari, as well some of the most important frescoes in the city, by Italian Mannerist painters Francesco Salviati, Federico Zuccari and Camillo Mantovano.

Comprised of more than 65 works by 44 artists from more than 25 countries in a variety of media, Frontiers Reimagined will demonstrate the intellectual and aesthetic richness that can emerge in today’s globalized art world when artists engage in intercultural dialogue. Sundaram Tagore and Marius Kwint have selected the artists in the  exhibition for their shared global perspective, as seen in both their artistic explorations and their practice of living and working across physical borders, stretching from the West to Asia to Africa.

“Frontiers Reimagined was conceived to educate and enlighten viewers about the conceptual and formal issues that emerge from intercultural exchange in the artistic sphere,” stated Sundaram Tagore. “It is our hope that viewers will recognize that this exchange is not only a present-day manifestation but very much the reality of the future.”
The exhibition highlights the positive outcomes which globalization has had on artistic production, as selective cultural and artistic appropriation has become increasingly prevalent and as local artistic production has continued to gain exposure and acceptance on international platforms.

“Frontiers Reimagined aims to dissolve barriers of dominant nationalism, ethnocentrism and identity politics,” stated Marius Kwint. “At this moment in history, with people around the world locked in increasingly intransigent ideologies, the mingling of ideas across borders has never been more vital.”

Sundaram Tagore is the Director of Sundaram Tagore Gallery, with spaces in New York, Hong Kong and Singapore, as well as the Director of the Tagore Foundation International. His work with the Gallery and the Foundation aims to provide a platform for substantive dialogue about arts and culture around the world. Marius Kwint is an American- born art historian, who teaches Visual Culture at the University of Portsmouth in the United Kingdom.

According to Giulio Manieri Elia, Director of Palazzo Grimani Museum, “The museum is a perfect setting for exhibiting works of contemporary art. In fact, this is the second year the museum has hosted events of the Biennale. In the age of the Renaissance, moreover, the Grimani family were refined collectors of antiquities, as well as patrons and collectors of contemporary art.”

Frontiers Reimagined has been granted the patronage of the Ministero dei beni e delle attività culturali e del turismo, the Italian Ministry of Culture. A 112-page, full-color hardcover catalogue to be published by Marsilio Editori will accompany the exhibition and will be available for sale at the museum.