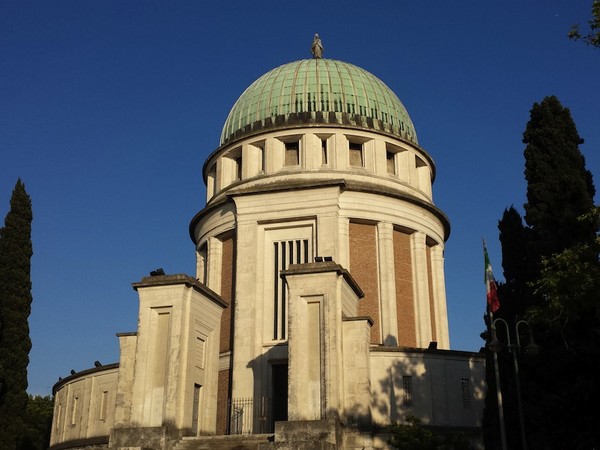 The Votive Temple along Riviera Santa Maria Elisabetta is the last grand building made in Venice; it was built, among the others, by architect Giuseppe Torres and Cardinal Pietro La Fontaine.
Just as the Basilica della Salute had been built in the XVII century to thank Virgin Mary for deliverance from the plague, so this monument was designed after the Great War, and in particular after the “night of the eight hours” of 27th February 1918, when Venice was left unscathed by Austro-Hungarian bombings.
Because of the early death of Torres and the shortage of funds, the Temple is now incomplete. According to some sketches, the architect had provided for refined marble decorations, statues and busts, to complete his work.
Tweet