New life for the "Resurrection" by Piero della Francesca 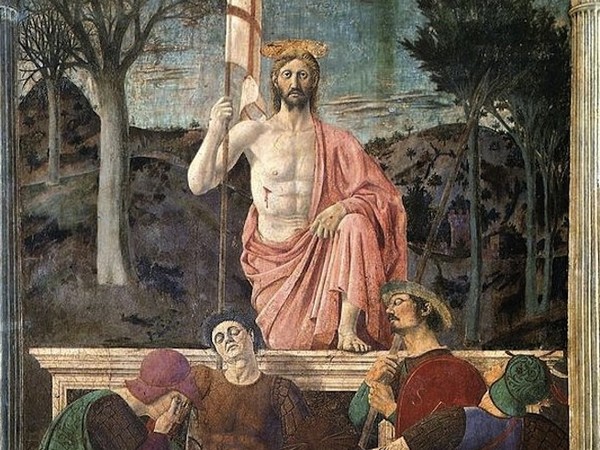 Arezzo - The well-known fresco of the "Resurrection", painted by Piero della Francesca between 1450 and 1463, is in a severe state of degradation, which convinced the Museo Civico di Sansepolcro to renovate it.

The Municipality has just signed an agreement with the Soprintendenza of Arezzo and the Opificio delle Pietre Dure of Florence, that will allow the beginning of the works in September 2014.
The project is sponsored by a private individual and will last between twelve months and three years. During this period, besides the preliminary analysis carried on with advanced technologies, the team will research the provenance of the fresco, which is still unknown.

Through the analysis of its structure it will be possible to understand how the detachment happened, and where it was displayed when it was created. According to some theories, the "Resurrection" was painted for the palace that now hosts the Museum. However, it is more likely that the fresco was detached in the 20th century.