A study identified small cracks in the legs

The unbearable fragility of Michelangelo's David 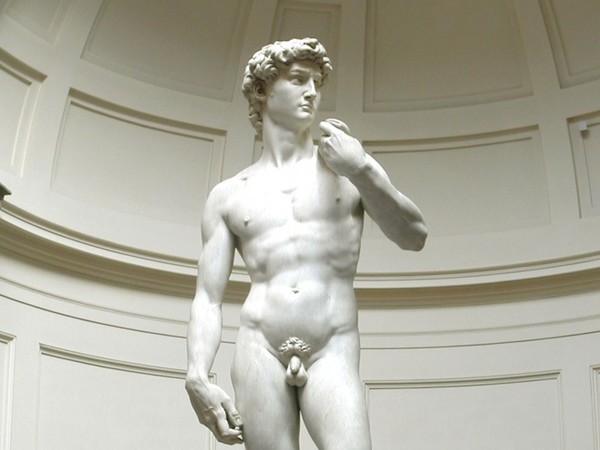 Florence - Michelangelo's David, one of the best-known masterpieces of the Italian Renaissance, may not be able to stand on his feet anymore.
Thanks to a study of the IggCnr (Geoscience and georesources Institute of the National Council of Research) and the University of Florence, small cracks were identified in the lower extremities of the sculpture. These damages, that have been noted since the mid 1800s, are quite evident in the left ankle and in the right leg.

The research, published Journal of Cultural Heritage, allowed a better understanding the main causes of this phenomenon, in order to preserve David's integrity with the most appropriate methods.

In an experiment, small-scale gypsum replicas of the statue were deformed in a centrifuge. "In various tests", explains Giacomo Corti of IggCnr, "the models were affected by a growing centrifugal force, making the statues increasingly 'heavier', until gravity exceeds the resistance of the material, provoking its cracking."

The results, compared with the cracks of the original David, suggests that both the stability and the resulting deformation of the statue are highly sensitive to its attitude, especially where its inclination is higher than 15°. This tiny alteration, according to Corti, may be due to a nonuniform lowering, with a consequent rotation of the plinth, occurred between 1504 and 1873, when the statue was standing in front of Palazzo Vecchio.
palazzo vecchio · david · inclinazione · michelangelo · michelangelo · palazzo vecchio · test · università di firenze · david · microfratture · iggcnr · esperimento · inclination · university of florence · small cracks · iggcnr
Tweet