In the hills, it was a place of worship since antiquity

The Grotta of King Tiberius opens after 13 years 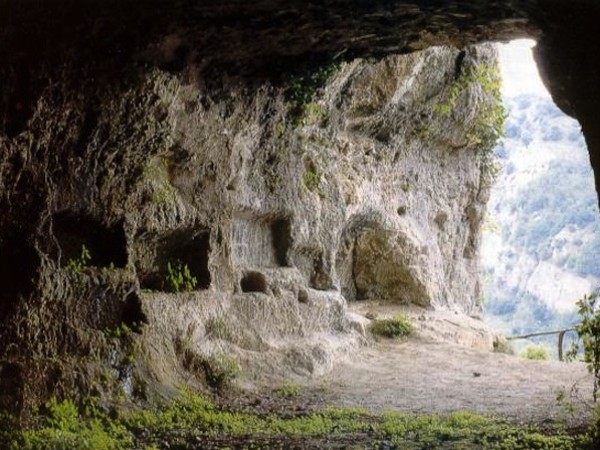 Ravenna - The Grotta of King Tiberius, an ancient archaeological site in the hills of Riolo Terme, opens to the public after 13 years.
Known since the 19th century, its fascinating environment was a turist destination and a source of inspiration for artists and poets for a long time. However, since the '50s and the '60s, the chalk quarries near Monte Tondo compromised its safety.

The site was closed in 2001 after a rock slide, and a long renovation project began, until it was completed in 2013.
Archaeological studies were carried on in the last three years, bringing back to light various manufacts, including hundreds of little vases and votive statues.
Thanks to them, the research team confirmed that the cave was used as a burial place between the Copper Age and the beginning of the Early Bronze Age (III - II millennium b.C.) and, after that, for cultural purposes, from the second half of the I millennium b.C. until the Roman Imperial period.