Dosso Dossi and the influence of 16th century great masters

Eccentric Renaissances at the Castle of Buonconsiglio 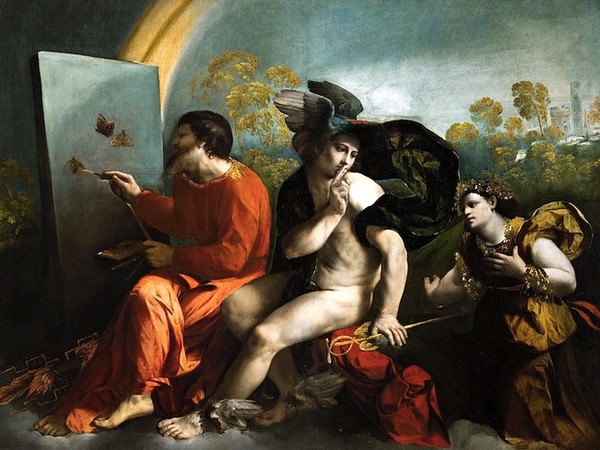 Trento - This spring will be in the name of eccentric Renaissances at the Castle of Buonconsiglio in Trento. The exhibition "Rinascimenti eccentrici" will present the works of Dosso and Battista Dossi, two artists of 16th-century, from July 12th to November 2nd, 2014.

The exhibition, designed by the Uffizi Gallery within the project "The city of the Uffizi", will be surrounded by the frescoes painted by these brothers between 1531 and 1532, and will show almost thirty works, comparing them to those of the greatest and most influential masters.

The writer Ludovico Ariosto, in the pages of his "Orlando Furioso", compares the Dossis to painters such as Leonardo, Mantegna, Sebastiano del Piombo and many more. In particular, Dosso, the older one, was extremely appreciated by his peers, and became popular at the most important Renaissance courts.
Through his complex style, very elegant and original, the influence of the venetian school - from Giorgione to Bellini and Titian - emerges, as well as the legacy of Michelangelo and Raphael.

Among the masterpieces, the mysterious "Jupiter, Mercury and Virtue" from Krakow and the "Circe or Melissa" from the Galleria Borghese in Rome will be displayed, together with four paintings coming from the gallery of Florence, including the "Flight into Egypt" and the "Witchcraft (Allegory of Hercules)".
Moreover, some documents will allow visitors to trace a new portrait of the great painter, who worked in Trento, Pesaro and above all at the Este court, drawing a comparison with his brother and the great artists of his age.
trento · raffaello · tiziano · leonardo · affreschi · corte estense · michelangelo · castello del buonconsiglio · titian · leonardo · michelangelo · dosso dossi · dosso dossi · fresco · raphael · battista dossi · fratelli · trento · este court · castle of buonconsiglio · battista dossi · brothers
Tweet