An exhibition at the Casa dei Tre Oci from September 13th 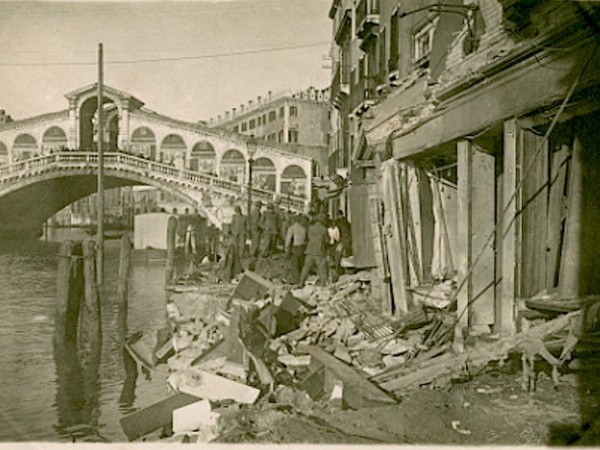 Venice - The Casa dei Tre Oci is ready for a new photographic exhibition, which will open on September 13th. The event marks the beginning of the official collaboration between the Fondazione di Venezia and the Civic Museums, and will tell the unusual situation of the city at the time of the First World War.
Those events will be presented through more than 350 original images, coming from the Historical Photographic Archive of the Fondazione Musei Civici.

In those years there were 42 raids in the lagoon, with a total of 1029 bombs on the city (300 only during the night between February 26th and 27th, 1918), creating substantial damage to the population and to the artistic heritage. This was the case of the famous Scalzi ceiling frescoes by Tiepolo, which were destroyed in an attempt to damage the railway station.

The exhibition, however, does not intend to document acts of war, but to show the difficulties of daily life and the defensive strategies implemented, from the removal of artworks to the transformation of the altane into sighting towers.