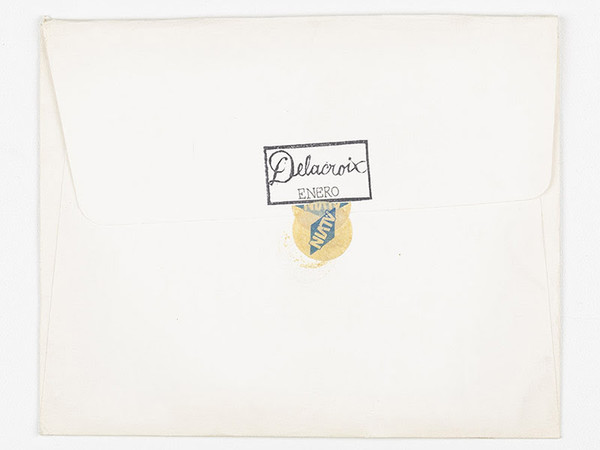 Times: Tuesday-Saturday 11am - 7pm, by appointment

Galleria Continua is pleased to present for the first time in Rome, after the important solo show hosted in San Gimignano in 2019, the exhibition Dibujos y Grabados by José Antonio Suárez Londoño. “Always do the same and always do it different”: this is the essence of the Colombian artist’s research, an intimate, rigorous, methodical approach that, from the very beginning, has involved traditional media such as watercolor, pencil, ink and the engraving. Drawing, a central element of his artistic practice, is governed by a discipline that requires concentration and becomes a skilful tool in getting to know the world. The act of drawing is carried out by the artist in the intimate space of a notebook, an A4 sheet or various media that are encountered only occasionally like fragments of materials lying around in his studio, business cards, flower petals, ticket stubs and teabags. The dreamlike yet manic nature of Londoño, delicate but kaleidoscopic, allows the observer to get lost, with not only their gaze, in his alienating collection of figures composed of dancers, animals, leaves, surreal figures, natural elements, stains, buildings, and geometries that possess an individual preciousness. Together they acquire meaning in their multiplication and accumulation. It is precisely the artist’s biological background and his childhood obsession with the Larousse illustrated encyclopedic dictionary that gives rise to this vast repertoire of drawings at various scales of dimensions, in which references to writers, pop songs, illustrations, and clippings are mixed with paper and photographs of classical texts. His notebooks, in the form of a visual diary, are bearer of an ever-evolving iconographic language. They draw inspiration from an extremely wide range of literary and other sources: from Ovid to Rimbaud, from Kafka to Pamuk, up to Patti Smith and the authors of the Beat Generation, also passing through Rembrandt, Delacroix, Degas and Klee. Dibujos y Grabados is the first solo show that the Colombian artist realizes in the Italian capital, presenting one of his most complex works The Journal of Eugene Delacroix, a piece that features drawings and engravings chosen by the artist over two decades of work. For further information about the show and for photos: Silvia Pichini, Press Officer: press@galleriacontinua.com, cell. + 39 347 45 36 136 The work is made up of 365 drawings, executed daily between 1 January and 31 December 1991, and is inspired by reading The Journal of Eugene Delacroix in the Phaidon edition, the diary of one of the greatest artists of French Romanticism. The twelve glass cases in the spaces of the Gallery contain studies on some of the subjects most dear to the French painter and sketches inspired by moments in his life. Through this series of drawings numbered from 1 to 365, the artist creates a visual calendar, month by month, which brings together small representations, elements inspired by literature, music, visual culture and everyday experiences. The work, in the form of a yearbook, represents an obsessive practice that the artist translates into a poetic and visionary diary composed of images and accompanied, at times, by tiny handwritten notes. A magical visual atlas, where through an iconographic language in constant elaboration, the most disparate figures intertwine with each other: plants, mechanical forms, letters, numbered indexes. The rich artistic production of José Antonio Suárez Londoño can only be read in the light of this vocation to completeness, method, delicacy and the intimacy of his practice, in perennial oscillation between image and text.

José Antonio Suárez Londoño was born in 1955 in Medellín, Colombia, where he lives and works. Upon finishing his studies in Biology at the University of Antioquia, he attended the École Supérieure des Arts Visuels in Geneva from 1978 to 1984. Some of his most important international exhibitions include: The Yearbooks, Drawing Center, New York, USA (2012) and The Modern Myth: Drawing Mythologies in Modern Times, MoMA, New York, USA (2010). His works are found in collections at the Banco de la República, Colombia; the Graphische Sammlung Albertina, Vienna, Austria; the Museum of Modern Art (MoMA), New York, USA and in numerous private collections in Germany, Brazil, Great Britain, the United States and Colombia. He took part in the 24th and 32nd San Paolo Biennial in Brazil. In Italy, he exhibited for the first time in 2013 as part of the 55th Venice Biennial.