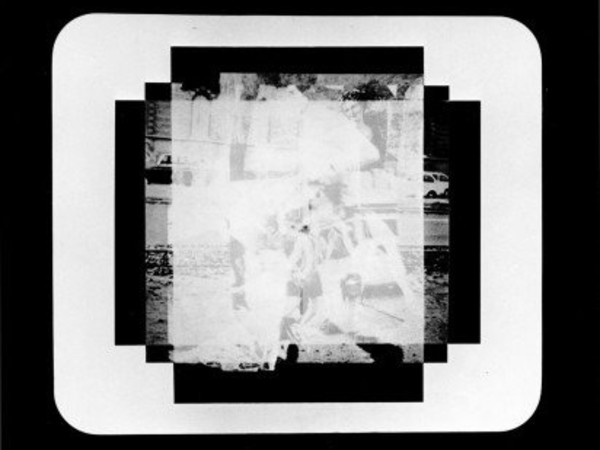 VideotecaGAM presents Tuesday, March 24 at 18.30 a meeting with Giulio Paolini.
The artist, in conversation with Elena Volpato, present Unisono, video made in 1974 at the production studio art/ tapes/ 22 of Maria Gloria Bicocchi in Florence.

The video presents in quick succession as the photographs of 92 of the works by Paolini in the 14 previous years, from his first job, Geometric design of 1960. The artist's attention until then had focused on the absolute space of 'work, on the white rectangle of the canvas or sheet, where all art, past and future, could also find only a fleeting dwelling. The use of video Paolini leads to a consideration of the time dimension of art: in opposition to the then widespread rhetoric of real time, the speed with which Paolini slides, mounted as a fixed camera, photographic reproductions of their works, deletes any possibility of observation and identification of the individual images.

Unisono takes less than a minute and shows works about eight per second. A paroxysm of time that tends to a perfect cancellation of the term, as if the works can merge into one another in a unison note that, as in the Symphonie Monotone-Silence of Yves Klein, both silent and expression together deafening absoluteness of art .