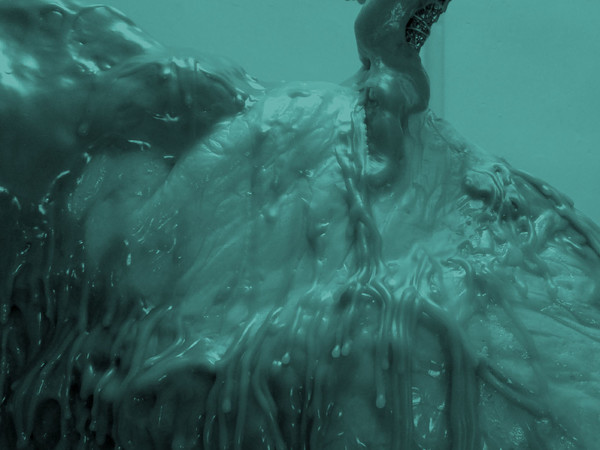 GAM continues the appointments Vitrine, a project dedicated to contemporary artistic research developed in Piedmont. This year's edition, entitled People in the street (pedestrian crossing) curated by Anna Musini, it aims to suggest a story, a visual narrative on our time and on the contemporary art and history.
Starring the fourth appointment are Alis / Filliol, (Gennaro Davide and Andrea Respino).
The comparison with the other is at the basis of their research: a report of their own choice to work in two of the artists in the creation of their works. A comparison that unfolds at a theoretical level but also practical and physical in the forging of the material and is privileged expression in sculpture. Man is at the center of their investigation, a study that has its roots in the most ancient artistic tradition. The classical statuary is however distorted in forms in which prevails a sense of not finished, in which is shown the machining process, the creation of the work.
Alis / Filliol develop their research using disparate materials by mixing natural elements and recovery with artificial products and industrial wax, plaster, mechanical grease, iron, wood, polystyrene. You sense the continuous experimentation that takes many forms often unrecognizable giving birth to alien and grotesque sculptures connotations that provoke in the viewer a sense of alienation.
Installation Vitrine designed to show the most recent developments of the work of Alis / Filliol: large sculptures take on small and are willing to create a narrative within small worlds that artists, as creators and demiurges, invent and shape. The figures, characterized by the plasticity of the material, are placed in a setting ancestral and futuristic at the same time as legendary characters intentions into actions that symbolize the rites of humanity. Their monstrous appearance shows similarities with the iconography of contemporary culture, its animation, film, science fiction, comics, manga, mingling with the canons of artistic tradition.