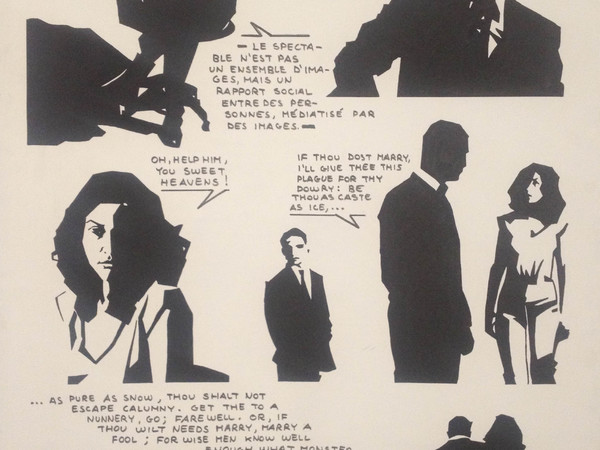 By the fourth round of the 2014 the fair Surprise opens in a new theme - the performance - and a new generation of artists that emerged and defined itself in the course of the seventies.
Subject of the exhibition is a revision of a performance project of Gianni Colosimo, held in Rome in direct connection with the experiences developed in Turin in previous years.
Born in 1953 in Santa Severina (Crotone), Colosimo was formed in Turin, graduating in History of the theater and made ??his debut in the mid-seventies with the first actions, inspired by the pursuit of empty pursued by Yves Klein and reflection on the society of the Situationist show.
In 1977 the artist created in the spaces of the gallery Persano performance Freud Mein Freund, and the following year he moved to Rome, where he presented his actions in spaces dedicated to experimental theater such as the Space One and Beat 72.
In 1981 he was invited by Giuseppe Bartolucci to participate in the survey metropolitan Shadows in the halls of the National Gallery of Modern Art. In direct connection with the situationist critique the commodification of art, Colosimo put in place in The Big Sleep, the trapeze mechanism of reversal of expectations, according to which the spectators, instead of paying the ticket, were paid to attend the show.
The exhibition reconstructs the GAM installation which was the setting of performance: a series of seven paintings that remain the same except for the dialogue inscribed on their surfaces, the tanks filled with blue liquid in which the paintings were immersed in a bed wrought iron. Completing the exhibition is a diptych of large-scale works that develops and illustrates the connection of the project with the element-fetish of money.
In this and in all his subsequent projects Colosimo faced with the advance of today a central theme of the relationship between artistic production, value of merchandise, gift.
Surprise is an annual cycle of events dedicated to specific aspects of artistic research in Turin between the sixties and seventies. This series of exhibitions is curated by Maria Teresa Roberto, Professor of History of Contemporary Art at the Accademia Albertina in Turin.