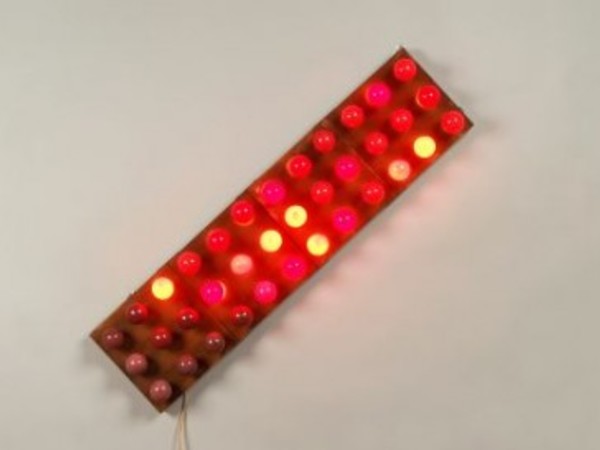 Tuesday, February 10th at GAM inaugurates the first event of the 2015's Surprise, exhibition project that focuses on specific aspects of the artistic context of Turin in the sixties and seventies.

To cure this third series of events, which continues throughout 2015, are Maria Teresa Roberto, Professor of Contemporary Art History at the Accademia Albertina in Turin and Gregory Mazzonis, curator of GAM.

The protagonist of the first appointment is Aldo Mondino (Turin, 1938-2005), who, after his time in Paris from 1959 to 1960 where he attended the Ecole du Louvre and the courses of engraving of William Heyter, debuted in 1963 in Turin with a The point at the gallery, then directed by Gian Enzo Sperone. Here presents his new work, Anatomical Tables, metaphors of contemporary society described by the organs of the human body.

Sun and Immersore, both made in 1967 and presented in the exhibition at GAM, represent an anomalous part of his artistic production, directed in recent years to the game and the humor. The arrival of Pop Art in Italy, which he found in Gian Enzo Sperone one of the most important promoters, and its consecration in the exhibition at the Venice Biennale of '64, is an important precedent for the entire artistic research of the years to come. Mondino appropriates also some instances such as the principle of encroachment from painting obtained with the use of materials that surround our environment, in this case wood and incandescent bulbs. If Immersore reconnects, as noted by Riccardo Passoni, most instances New Dada that are discussed in those years, Sun translates with the materials of illuminated signs a theme dear to landscape painting as the morning, on which among other things focuses the search for one of the masters of Pop Art such as Roy Lichtenstein in the years between 1963 and 1964 he dedicates Sperone exhibition opening his gallery.

The two works have in common, in addition to the materials used, a fixed amount that guide their installation on the wall, 160 cm from the ground, marked by the artist from a label on the back of the gallery Stein Immersore. This imaginary line, which crosses horizontally the work, defines the point below which the bulbs must remain off and corresponds both to the extent theorized by Masaccio as fixed height of the human eye is the mark left by the waters of the Arno masterpieces of Florentine art that impressed so much by Mondino push to achieve between the end of '66 and 1967 a series of works. Among these works it is worth remembering the intervention to the exhibition With temp action (galleries Stein, Spur and The Point, Torino 1967) during which the artist combines the offices of the show by pulling a red thread through the city to place 160 inches in height from the ground.

Immersore comes from the collection of Giulio Einaudi and has been acquired for the GAM Foundation Guido and Ettore De Fornaris in 1991.