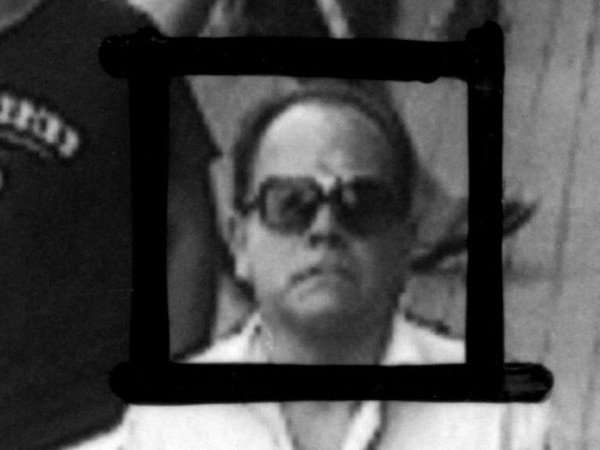 The GAM from October 8 presents the fifth and final round Edition 2014 Vitrine, a project dedicated to contemporary artistic research developed in Piedmont. The works of five artists involved in this third edition, edited by Anna Musini, have suggested a comparison with civil society, an exchange of glances, that involves an artist and viewer in narrating and interpreting the daily life.
The protagonist of the new appointment is Felipe Aguila. The journey and memory are key issues in the research of the artist, where personal experiences related to their roots, crop up in relation to contemporary society and the experience of the community: the scenario of Italy and Turin interacts frequently with the imaginary family of Santiago and Chile, stirring the observation of the urban landscape, the daily data, with the introspective analysis of their identity, of their origin.
Installation created for Vitrine, a projection image shows footage of the universe and the stars alternating with shots from urban roads that frame buildings, monuments, educated people as they walk on the sidewalks, talk, look, stop at traffic lights, the corners of the walkways, in front of the bar. A series of photographs scattered on the wall as the constellations in the sky, crystallizes details of streets, capturing faces, gestures, portraits: the belly of a pregnant woman, a little girl in a bicycle, a man's face is framed as specimens, or of mugshots. The zoomed picture loses sharpness and blurs the distinctive traits of people in favor of an atmosphere indefinite and vague, with suggestions of the tradition of Italian cinema of Antonioni, Pasolini and Visconti, developing a narrative in which the actual data is mixed with elements of the memory, assuming connotations of uncertainty.
In two video voiceovers describe the universe, they try to give the definitions of the cosmos in an unknown language that is translated in the subtitles, giving the feel of a documentary film in which they appear to coexist scientific rigor and poetic fantasy. The language becomes a metaphor for the mysterious unsolved riddle that the universe is for man, something that although studied and analyzed, remains unknowable exercising charm and attraction; something distant and yet close, family-like memory that has the power to break down any distance, do perceive people and things that do not see, because they are present in the memory. The path that the stars make in the sky finds a parallel in the journey that life itself is for the man, a web of endless combinations of slow transformations, displacements in space and time. One of the voiceover says, "A vacuum in the middle of nowhere it might mean that other stars will be born." Not sure, but it is possible.