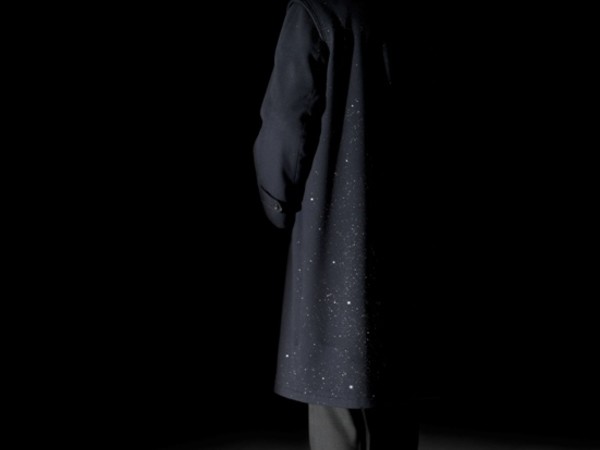 At GAM continues Torino Vitrine, a project dedicated to contemporary artistic research that, for the 2015 edition entitled Possibility, focuses on the transformation of life, of its becoming of which art traces the changing nature and fluid.
The second appointment with Francesco Gennari is made possible thanks to the support of the Regional Council of Piedmont - Resistance Committee and the Constitution as part of the roots of democracy, festival now in its seventh year that the regional council realizes every year to coincide with the Feast of the Liberation.
For Vitrine Francesco Gennari presents "Self-Portrait as night", 2013, a work with which the artist statement summarizes the existential position of poetry and ambiguity, a statement of identity, an awareness of self and awareness of being part universe.

Without a collocation space - defined time, "Self-Portrait as night" provokes in the viewer a feeling enigmatic and a contemplative attitude and invited to plunge into a universal dimension, in an image at the same time both personal and mysterious both common and familiar.
In photography with pictorial and sculptural force converge suggestions of light and shadow typical of seventeenth-century paintings and, at the same time, references to minimalism and conceptualism more contemporary elements of classical portraiture as well as of the self-romantic.
The image contains silent feelings of mystery and sensation of realism, the utopia of the starry mantle of a magician as well as in everyday loden blue.