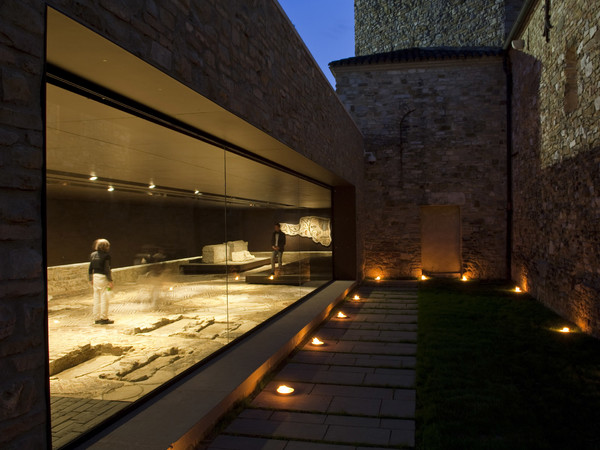 The baptistery was flanked by two large symmetrical rectangular rooms that completed the grand basilica complex. They were discovered in 1893 and referred to by the Austrian archaeologists as, respectively, the Nordhalle (north room) and the Südhalle (south room). Both rooms had mosaic floors from the late 4th century or the early decades of the 5th: only small fragments of the northern one remain, while a significant portion of the southern one has been preserved, now in the museum.
Tweet