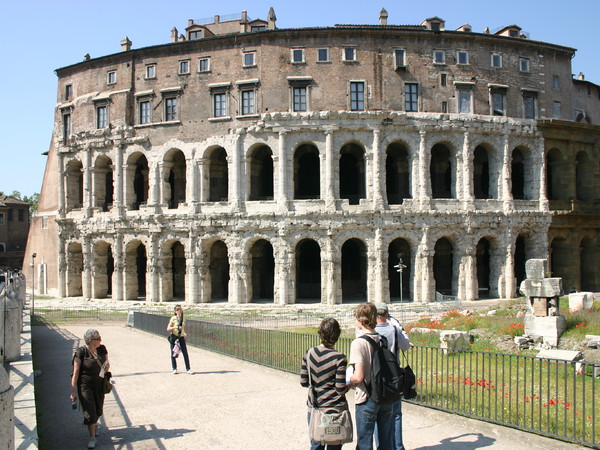 Called for by Julius Caesar and dedicated by Augustus (13 or 11 B.C.) in memory of his nephew and son-in-law Marcellus. Holding 15,000 spectators, it was second only to the Pompeo. Originally, the facade was of three levels of columns like the Colosseum (doric, ionic, corinthian) of which only  two have lasted up to the present day. Abandoned in the Fifth Century, it became a fortress, a marble quarry, a fortress and, finally, the residence of Savelli who commissioned Peruzzi to work on it. He brought the third level to its current state. In the 1700s, the palazzo came into the hands of the Orsini and in the 1930s, the building was freed from all the successive structures, shops and dwellings that had all but covered it over.
Tweet