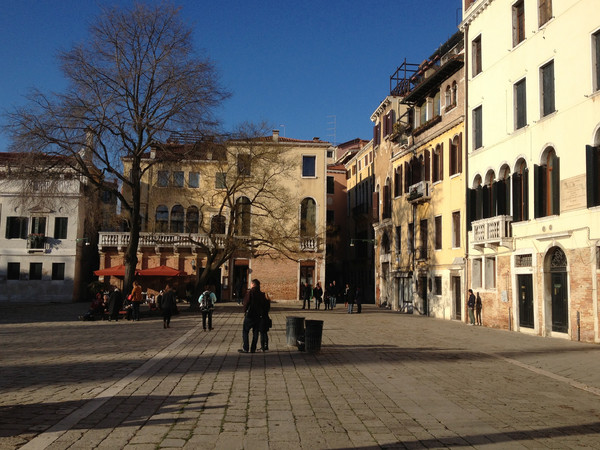 It is the widest campo of the city and the largest public area after Saint Mark’s Square. Its curvilinear shape depends on the course of a stream, buried in 1761, which ran along the Eastern part. On this side, during the XV century a set of palaces consisting of juxtaposed units with the same layout was built. In 1493 it was paved and it became an important meeting point and marketplace in addition to a place where games like bull hunting were played, at least until it was banned in 1611, recollected by a plate in the church of the same name.
Tweet