Antonio Barrese. Morphology, from the object to the image 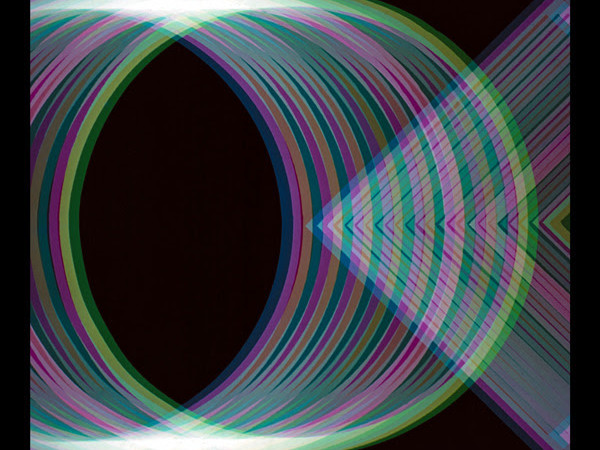 The Fondazione Sozzani presents Antonio Barrese's exhibition “Morphology, from
object to image”, curated by Stefania Gaudiosi. Presented here, samples of of Antonio
Barrese’s research (Milan, 1945), merge art, design, technology and science.
Barrese started very young as a member of the Gruppo MID (Mutamento Immagine
Dimensione), founded in Milan in 1965 and in time he dedicated himself to Kinetic Art,
design, Visual Narrative, didactics, theory of art and project, morphological researches,
photography
and experimental cinema.
This relentless research has led Barrese to distill a very personal language, with unique
characteristic traits that cross different expressive territories, from photography to design,
from art to corporate communication.
The focus of the exhibition is the production of images, the result of a complex interaction
between kinetic objects and filming devices, which allows to represent what the human
eye does not perceive and that would remain extraneous to knowledge. The starting
nucleus was born from the “Synthetic Images”, which, developed over the course of
seven years from 1965 to 1972, concerned the production of abstract images obtained
through the medium of photography.
Many interactive works, which use mechanical, electromechanical, electronic
components to create different outcomes. His is, for example, the Albero di luce, set in
front of the Castello Sforzesco in Milan between 2009 and 2010 on the occasion of the
centenary of the birth of Futurism, a large kinetic and luminous installation 33 meters
high, capable of generating continuous chromatic variations. On show is an immersive
environmental installation that produces swarms of luminous sparks, continuous electrical
short circuits.
The environment in which Barrese works is that of design, science, techniques, and the
project. His poetics is that of Research, of art as science. Stroboscopic generators of
luminous interferences, tracing lines, flashing lights, are instruments conceived and
realized to produce a "segment of effects", that is a range of variability of a continuous
optical phenomenon, with very wide fields of variability from which the Synthetic Images
originate, then the new series of Morphology Images.
Light is an element of continuity in Barrese's production, from the Stroboscopic
Generators to the Tracer Generators and the Interference Generators – all interactive
works – up to the large environmental works and the Geographic Art of
FlowingRiver_RioAmazonas.
This is a research that Barrese defines as “meta-linguistic genetics” as it concerns the
very genesis of form, in the conviction that the latter determines the linguistic structures
of a still unexplored world, of the “world that is about to be” and that art fulfills, trying with
study and tenacity to offer “new probabilities to the impossible.”

Antonio Barrese was born in Milan in 1945. He completed the studies at the Academy of
Brera and debuted very young. In 1964 he founded the MID Group together with Alfonso
Grassi, Gianfranco Laminarca and Alberto Marangoni. The activity of MID is very rich and
extensive, including the creation of objects and structures, interactive installations and
large installations, photographs and experimental films, performances of visual-acoustic
synaesthesia and environmental projects, all conceived with an extraordinary openmindedness
towards technology. Also in 1965 took place the first exhibition dedicated to
the group: Immagini stroboscopiche at the Galleria Danese in Milan. More than four
hundred personal and collective exhibitions followed, in galleries and museums in Italy
and abroad until 1972, the year in which the MID broke up. In the same year Barrese
began the activity of designer and obtained numerous recognitions (three Golden
Compasses, prizes and honourable mentions). He is also interested in Visual Narrative
experimenting with the encounter between different languages with the fusion of image
and writing (TrashZappingPixel). In 2007 the VAF Foundation of Frankfurt dedicated to
MID an important publication: MID At the Origins of Multimedia. From programmed art to
interactive art (Silvana Editoriale, Milan). In 2011 he founded with Stefania Gaudiosi a
company of artistic and cultural innovation that operates in Brazil “OperaAperta Arte
Pubblica”. His works are in relevant public and private collections.
Stefania Gaudiosi, scholar and art theorist, with particular interest in Kinetic Art and in
the work of the avant-garde composer Iannis Xenakis, she is the author of several
essays dedicated to the themes of contemporaneity, multimedia and new media. She is
co-founder, together with Antonio Barrese, of the professional group OperaAperta, active
in Italy and Brazil, where since 2011 she coordinates the project
FlowingRiver_RioAmazonas. In 2012 she founded ScholaFelix,
a group of artistic and cultural innovation. Particularly attentive to the issues of art
education, since 2014 she coordinates the courses ScholaFelix Basic and FelixLab for
children, teens and adults, aimed at spreading a greater artistic and formal awareness,
and the enhancement of personal talent as a way to access happiness. She is the author
of the video-interview series
“Art is a dolphin”, dialogues on the contemporary.