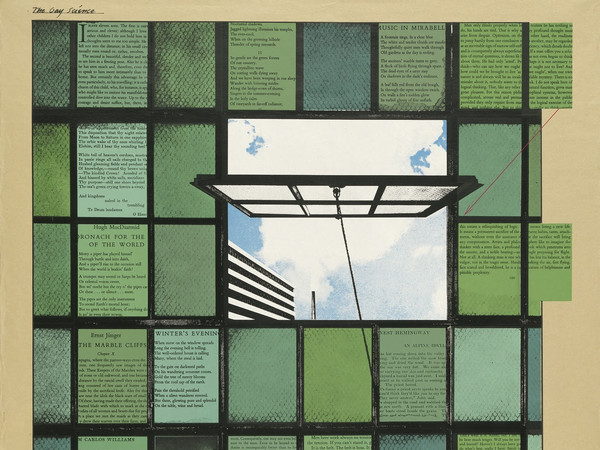 Place: A plus A Gallery


The lure of storytelling is strong, often troublesome, in the imaginative transformationof the world through fiction. A story’s power belongs to the speaking subject but also to the listening one, stuttering in the instantaneous and capriciousrapport between them. Sedi-tion and rumour strip a story to the minimal. It makes it easier topass around in complexity, until it no longer resembles its original form; a reminder that perhaps there is no difference between what a story is about and how it is told. What is opposed to this fiction is not the real. It is not the truth which is always that of the masters or colonizers, it is the story-  telling function that gives the false the power which forges memory, a legend, a monster. A process, whereby, ideas take form through an exchange continuously copied incompletely,again andagain.

Exercises in Style seeks divergent plots and narratives, giving space to performative en- counters, investigating the stories and their tellers. Here, a page of text, poster, slideshow and painting need not be read in linear time,but absorbed in a glance, inhaled with weight of sounds, haptic aesthetic forms, variations, streaming, spiraling – no longer construct- ing empathy between representationand human subjects but amplifying connections and impulses. The exhibition avoids singular storylines, coherent narratives, and the politics ofrepresentation, and calls instead for careful listening to the faintest signals of change. Utiliz- ing fiction andembodied experience for knowledge- andworld-building, the participating artists deploy stories as social objects andimages.

What do these stories signal? Who can credibly tell them and when? How canwe break dominantmyths?Andcanweproducealternativestories?Whydowetellstories aboutand through art, and forwhom? What is the relationship between the stories we tell and the realities of history, power, and systemic violence? Is there an efficacy of confessional, and emotional modes of storytelling, as they appear alongside their analytical, philosophical, and politicalothers.

NOVEL isan itinerant curatorial and publishing platform devised by Alun Rowlands and Matt Williams that draws together artists writing, texts and poetry that oscillate between modes of fiction and criticism.A cacophony of voices, that is the primary condition of writ- ing, seek to break the habitual methods of representation and productions of subjectivity. Here, publishing is an apparatus for knowledge capture, informed by theory, film, politics and storytelling; writing as parallel practice, different, tangential; writing aspolitical fiction; writing as another adventure on the ‘skin drive’,renegotiating unfulfilled beginnings or in- complete projects—that mightoffer points of departure. Amidst the insinuated narratives and materialized visions there is a concern for writing and the impossibility of fiction which is at stake. NOVEL asksus to think of writing as something distinct from information, as at least one realm of cultural production that is exempt from the encompassing obligation to communicate.NOVEL is distributed through events, readings and screenings which are staged at venues that become the loci for reading, with artworks and related films that aug- ment the fictioning of ascenario.