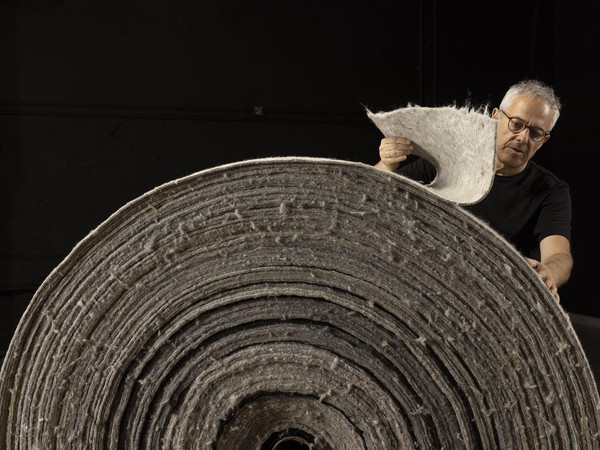 The project Persona by artist Gerardo Goldwasser represents Uruguay at the 59th International Art Exhibition of La Biennale di Venezia presented under the title The Milk of Dreams.

The proposal, curated by Laura Malosetti Costa and Pablo Uribe, was selected by the National Commission of Visual Arts, through a public convocation made by the National Institute of Visual Arts, with the support of the Department of Internationalization of Culture of the National Directorate of Culture of Uruguay. Persona dialogues and considers the theme proposed by Cecilia Alemani, Artistic Director of the Biennale Arte 2022, through the following excerpt from Leonora Carrington's book:

The Black Story of the White Woman

Black with black. She had black pijamas
and black soap.

All her things were black
Black as night. Black as coal.

But
When the woman cried,
her tears were blue
and green
like little parrots.

The woman cried
a lot and she played the flute.

The
White
Woman
Dressed in
Black
Crying
and
playing
her
flute.

The Milk of Dreams. Leonora Carrington

Taking this fragment as a reference, Laura Malosetti Costa and Pablo Uribe, express in the curatorial text, The culture of dressing, which accompanies the proposal: “In Venice, from Uruguay and for the whole world, Gerardo Goldwasser´s work proposes a critical reflection that puts an aspect that is both basic and complex of human societies on stage: the ways of covering and exhibiting bodies, of disciplining them, and of differentiating them. The issue presented refers to the ways in which human beings perceive themselves as persons by constructing their appearance, the way of entering the stage every day of their life. The etymology of the concept refers to the classical theater. “Actor´s mask was its first meaning. That mask can be found at the origin of the culture of dress.”