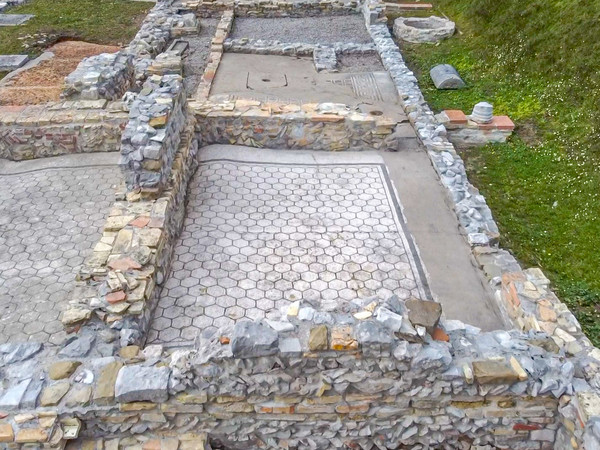 The archaeological area of the CAL fund is dominated, to the north, by a large semicircular room covered by a vault. It is currently protected by a modern structure, while it was once preceded by a courtyard with columns.

Today it is believed that the classroom was the boardroom of a wealthy owner's house. Yet for a long time it was identified with an early Christian oratory because of the mosaic "of the Good Shepherd" (4th century) that decorates it.

This hall, in the middle of the 4th century, had incorporated several pre-existing residential areas, forming a single large complex. To the south it probably included another room with an apse and a large reception hall.
Tweet