Remains of the walls 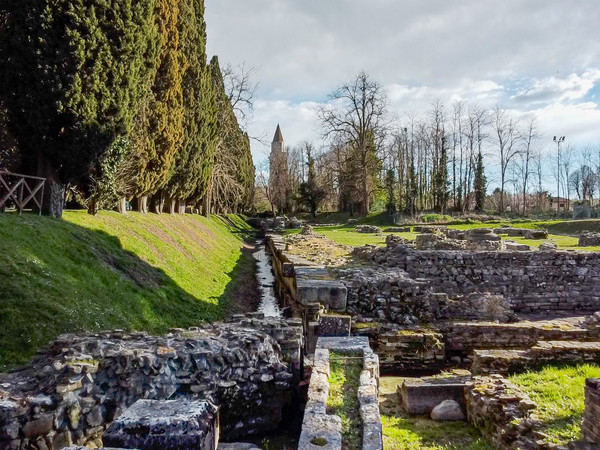 Above the wharfs, the remains of a powerful structure can easily be recognised. It is nearly three metres thick and was built in the late-imperial period (4th century) over the port structures. The river, or what was left of it, thus reinforced the walled defences, which were also fortified with towers. The fabric of the walls contains many monuments and inscriptions taken from other parts of the city and re-used as building materials. In a later phase (5th century?), another line of walls was built to reinforce the earlier one, even further forward in what remained of the river channel.
Tweet