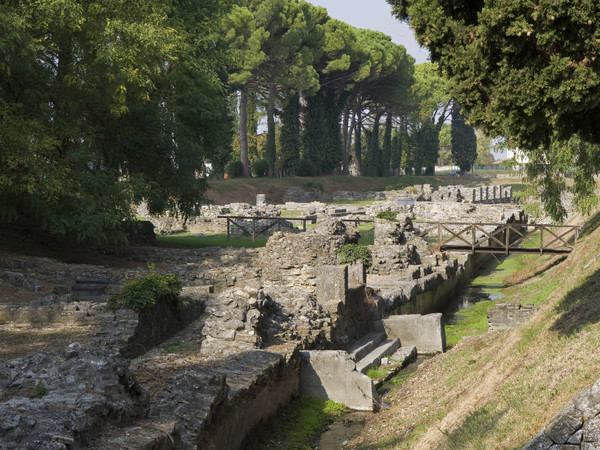 The River Port of Aquileia is a great witness to the trade and commerce that made the ancient city a strategic hub of the Empire.

Stretching out towards the sea, the quays tell us of departures and landings, of boats that have now disappeared and of precious loads, but also of amusements such as those of the sailors who engraved small patterns for play on these stones.

Raised on thick slabs of limestone, interlocking parallelepiped blocks formed the main body of the piers used for loading and unloading operations, while a large sidewalk was used to dock small boats.
Finally, a system of ramps led to urban roads and warehouses where goods were stored.
Tweet