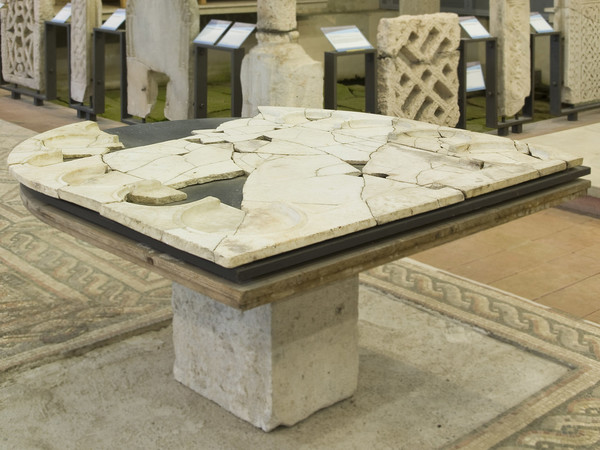 Numerous mosaics dating back to between the 4th and 6th centuries AD, some of which perhaps belonging to other places of Christian worship, are exhibited in the Paleochristian Museum. Among these, the mosaic floor that covered a large hall found in the north-eastern area of the city, in the area of the current cemetery. Above the mosaic, fragments of a marble altar table in the shape of a sigma re-emerged. The canteen, rebuilt and relocated to its original position inside the museum, is of the so-called "Coptic" type, that is characterized by twelve alveoli corresponding to the twelve Apostles, to emphasize the convivial meaning of the Eucharist.
Tweet