Lapidary Galleries, the altar of the evergreen Maia Severa 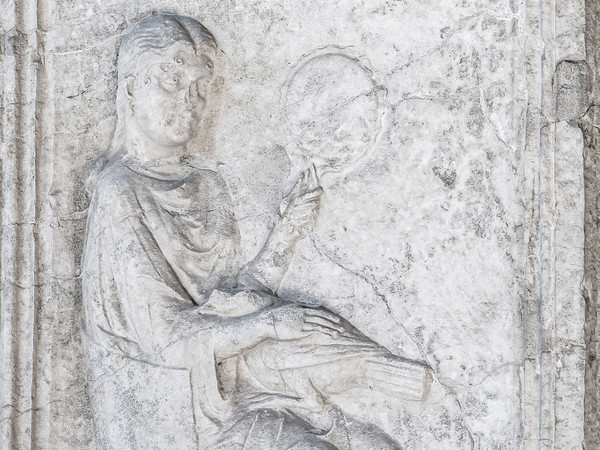 A girl adorned with jewels is intent on looking in the mirror. With one hand she caresses a dove, a symbol of beauty, which has flown into her lap.

She is the young Maia Severa, who died prematurely around the middle of the 1st century AD, whose image has come down to us in a bas-relief carved on her tomb.

The tombstone was found in 1910 during excavations conducted in the necropolis north-east of Aquileia. Originally it adorned the side of a majestic altar, placed in the center of the family tomb of Quinto Albio Aucto.