The Basilica of the Holy Cross in Jerusalem 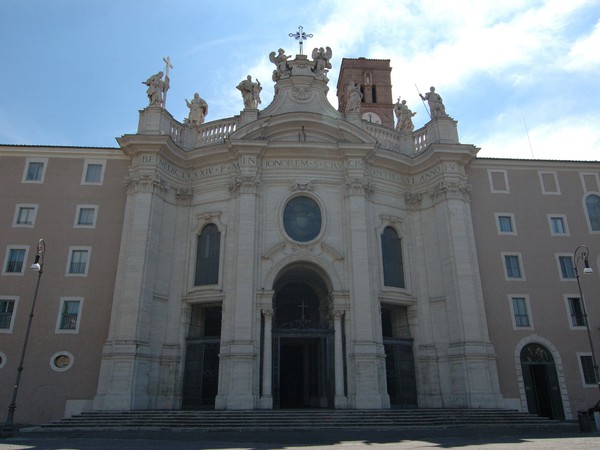 Built on top of the area once occupied by the building of Elena, mother of Emperor Constantine, already an imperial villa of Septimius Severus known as Palatium Sessorianum. It was probably the Empress, converting to christianity, who chose to dedicate the location to religious use (the name comes from the relic of the Cross of Christ). The main rectangular hall has been divided by three aisles since the IV Century, and the bell tower and the narthex were added in the Twelfth Century and modifications were carried out during the Renaissance. Today, its look goes back to work commissioned by Benedetto XIV to  Pietro Passalacqua and Domenico Gregorini (1740-58) who, with the facade, created a masterpiece of late roman baroque.
Tweet