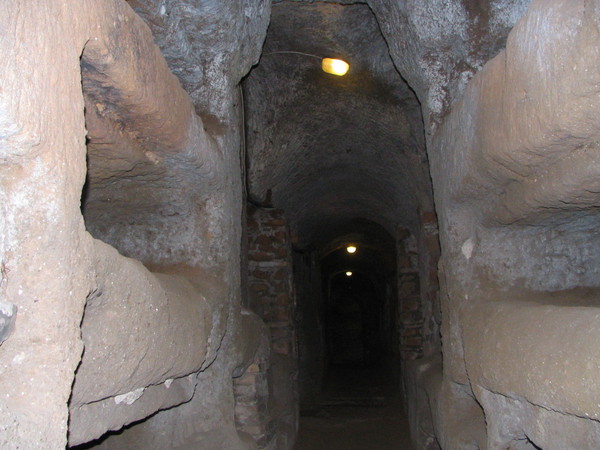 They owe their name to Archdeacon Callisto, who at the start of the Third Century was delegated by Pope Zephyrinus to look after this burial area. Once he himself became pope under the name Callixtus I (217-222), he enlarged it considerably and made it the official cemetery of the Roman Church. More than 50 martyrs and 16 pontiffs were buried here. The underground tunnels which run about 20 kilometers, occupy 15 hectars of land. The principal areas are the Crypt of Lucina,  the Regions of the Popes, of Santa Cecilia, of San Milziade, of San Gaio, of Sant’Eusebio, Occidentale and Liberiana.
Tweet