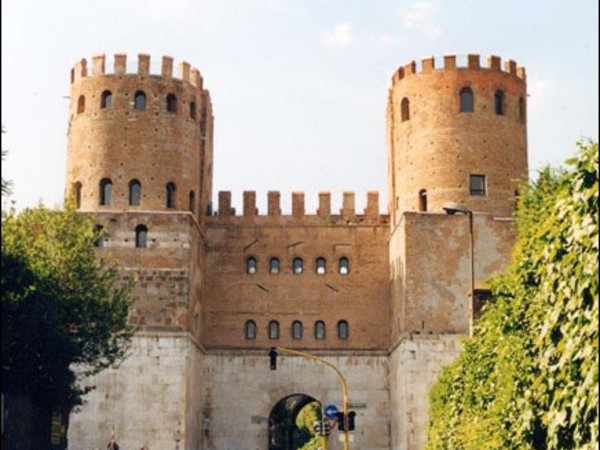 The biggest gate in the Aurelian Wall. Also known as Porta Appia, because it opens onto the queen of roman roads(Via Appia), it has always been the main entrance to the city from the south and owes its name to the church and catacombs nearby of the same name. It was built with two arches around 275 A.D. with two semi-cylindrical towers and was later raised and connected to the already existent Arch of Druso at its back, creating an internal courtyard between the two monuments. At the beginning of the Fifth Century, Emperor Honorius added the defensive walkway and eliminated one of the entryways.
Tweet