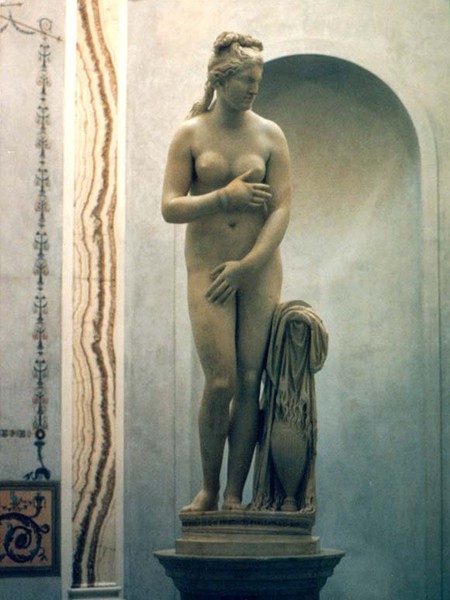 Placed at the center of the so-called Gabinetto di Venere (Chamber of Venus), the work is a roman copy of a greek original from the fourth century B.C. realized by Praxiteles. The goddess is shown in all her sensuality while trying to cover her nudity with her hand. Found at the Viminale around 1670, it was donated to the museum by Pope Benedetto XIV in 1752.
Tweet