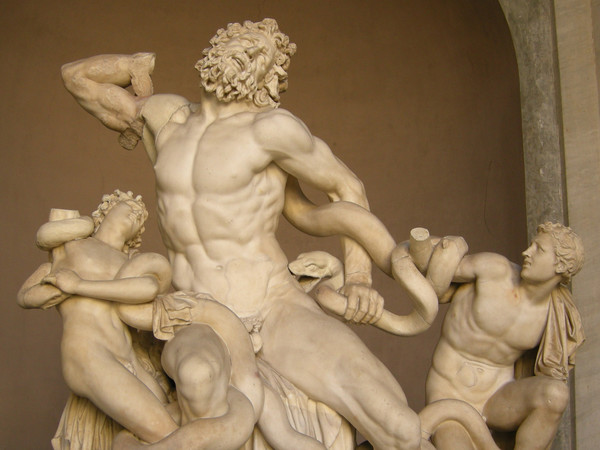 Most likely a copy of a greek bronze, this is one of the most famous sculptures in the world, showing the Trojan priest and his children killed by a sea serpent (Aeneid, II, vv. 201-227). Found on the Esquiline hill in 1506, where it must have adorned an imperial villa or a house of nobility, it underwent numerous restorations up until the missing right arm of Laocoon was actually found in 1905.
Among the masterpieces of classical sculpture found at the Vatican, there is also the Nile and the magnificent Apoxyomenos found in Trastevere.
Tweet