Saint Margaret of Cortona found the corpse of the lover 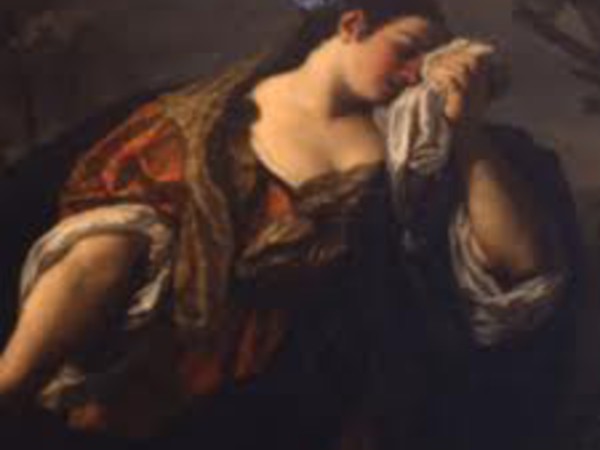 The work is the masterpiece of the roman painter, which he created along with a companion piece the Morte di Santa Margherita. The two paintings were commissioned for the Boccapaduli Chapel by Cardinal  Pietro Marcello Corradini for the canonization of the saint from Tuscany (1728). The scene depicts the saint in a forest guided by her dog as she finds the bloody body of her beloved, the episode that would lead her to dedicate her life to penitence.
Tweet