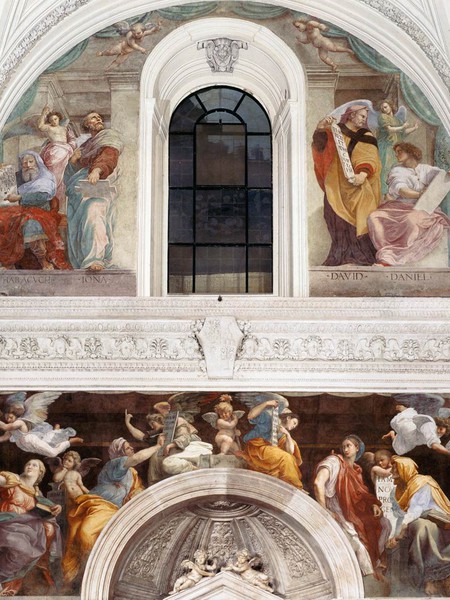 The Sybils, or Sybils receiving instruction from Angels, is a painting by the Italian renaissance artist Raphael decorates the interior of the Santa Maria della Pace church in Rome.

The splendid fresco painted by Raphael in 1514 was one of numerous commissions by the banker Agostino Chigi to Raphael, who worked for him both on the Villa Farnesina on the Tiber and on the chapel of Santa Maria del Popolo.

The series includes the Prophets in the upper portion, though it is believed that this was largely the work of the artist's students. The two frescoes constitute a study on ancient knowledge, exemplified by those who first percieved the coming of the Lord on Earth.
Tweet