The Death of Dido 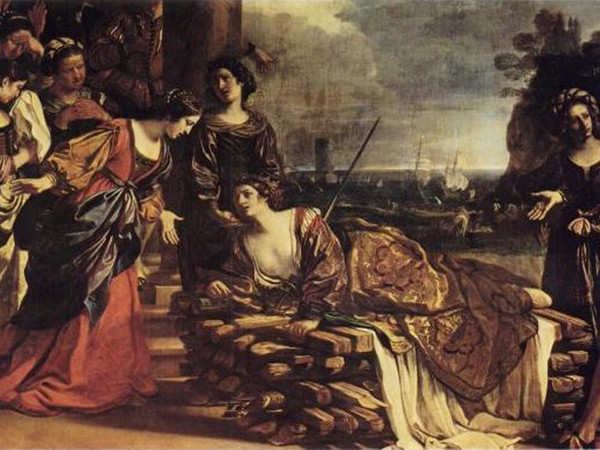 An example of the work of the famous painter from Cento. The Gallery also has another painting by Guercino, Portrait of Bernardino Spada. The Death of Dido was commissioned by the Queen of France  Maria de’ Medici. The work remained in Palazzo Spada because the sovereign was forced to flee to Belgium for political reasons. Thehighly theatricalized scene, found in the fourth book of the Aeneid, shows the death of the queen, who, once separated from Aeneas, killed herself.
Tweet