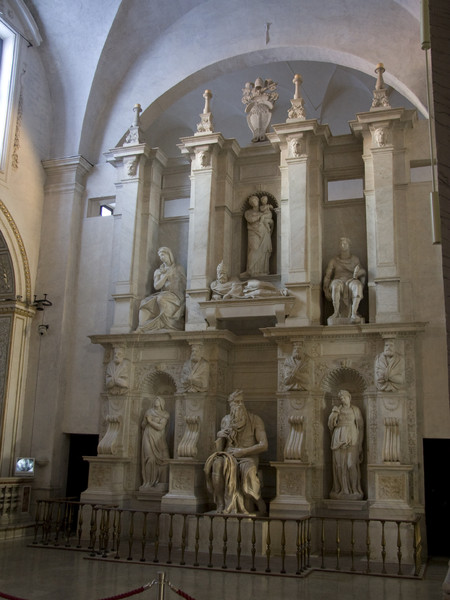 This was the most ambitious project of Michelangelo's carreer. It would las t 40 years and would be drastically altered from its original form. Not until after many problems and arguments with the buyer of the work and his heirs did the work find its home in a “minor” church like  San Pietro in Vincoli, instead of being placed in Saint Peter's Basilica as originally intended. The artist spoke of the commission as the “tragedy of burial”. Of the more than 40 statues designed, 7 were created and only three were done by the master, the most famous of which is certainly Moses (1513-15).
THINGS TO KNOW: A famous legend about Michelangelo is linked to Moses. Upon striking the finishing hammer blow to the statue and admiring its perfection, it is said that Michelangelo exclaimed, “Why do you just look at me and not speak?”
Tweet