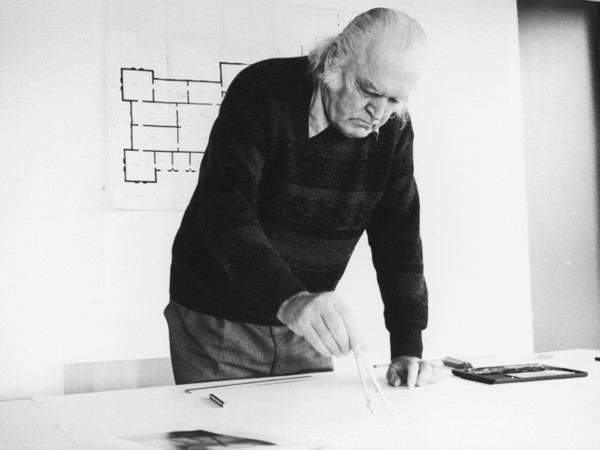 Born in Milan from a Switzerland-native family, Merz studied in Turin, where he also started medicine at the university; his life was changed by the Second World War, during which he joined anti-fascist group Giustizia e Libertà, which also led him to imprisonment. After the war he started his career as a painter, quickly moving from abstract to informal style.
In 1954 he held his first solo exhibition (Turin, Galleria La Bussola), while in the following decade he started experimenting new techniques as an eclectic artist, thanks to the use of fluorescent strips to duplicate slogans of the 1968 student movement, but also iron, wax, stone and earth, elements which led him to fully abandon traditional painting in favour of the use of materials in painting.
In 1959 he married Marisa, an artist like him, which gave him his daughter Beatrice. With his family he also lived in Switzerland, in Pisa and then went back to Turin.
His name is indissolubly linked to Arte Povera (literally Poor Art), a movement his wife also joined and of which he was one of the main exponents from the second half of the 1960s, together with Michelangelo Pistoletto, Jannis Kounellis and other artists, mostly from the Turin scene, gathered under this movement by critic Germano Celant.