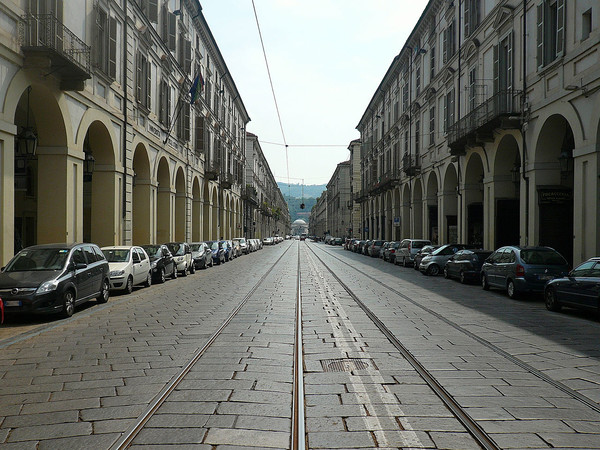 In the XVIII-century Grand Tour guides it was already mentioned as one of the best streets of Turin. Made by Amedeo di Castellamonte between 1673 and the early XVIII century, it retraces the plan of the old via della Calce and is the only street axis that is not perpendicular to the network of urban expansions of the second half of the 1600s. Along the way from piazza Castello to piazza Vittorio Veneto, in addition to the architectural severity of the colonnaded buildings, you can admire the University building and the churches of San Francesco da Paola and Annunziata. While missing on the right side of the street, on the left side terraces cover all pedestrian crossings, allowing colonnades run seamlessly to the end of piazza Vittorio Veneto, a solution which would allow the royal family to walk sheltered from bad weather.
Tweet