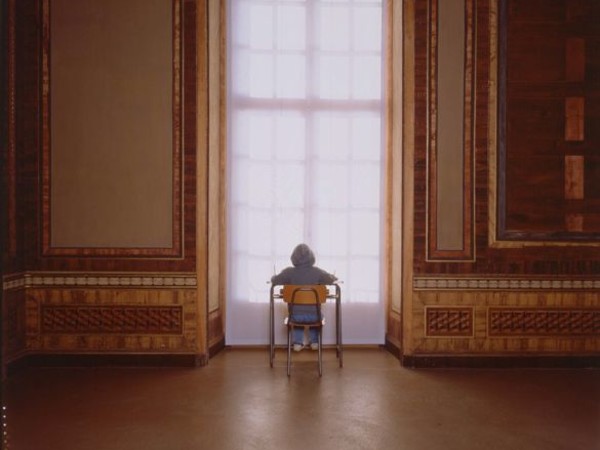 In this work, a sitting mannequin of a schoolboy has his hands nailed to his desk with two pencils. It is a clear message about violations of freedom and how adolescence is affected and abused by society. The title refers to another violation of freedom. It is a line from Apocalypse Now, a 1979 film by Francis Ford Coppola. Lieutenant Colonel Kilgore brashly utters the phrase in the Mekong Delta as he talks about his Vietnamese enemies, who were called “Charlie” in NATO slang (Victor Charlie = VC = Viet Cong). References to the scene have been made by figures such as The Clash, whereas the song Charlie fa surf (2008) by Baustelle is directly connected to Cattelan’s work.
Tweet