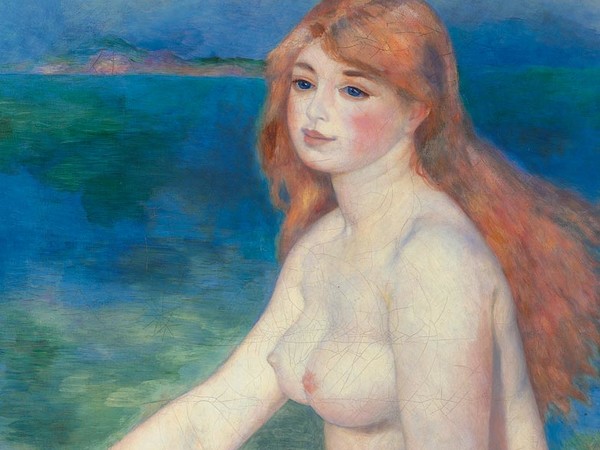 This is a depiction of the model Aline Charigot by the renowned impressionist painter Pierre-Auguste Renoir. She was 22 at the time and she would go on to marry him in 1890 and have three children: Pierre, Jean (the famous film director) and Claude. The young woman is portrayed as a sensual bathing Venus, with no veil and the wind blowing through her hair. The artist revealed that the sea in the background was the Gulf of Naples during a boat trip to the Blue Grotto. The painting was commissioned by the dealer Durand-Ruel, who had already bought the famous Luncheon of the Boating Party from Renoir in 1881. Aline appeared as one of the members of the party, albeit in a more modest guise.Giovanni Agnelli bought the painting from the British historian Kenneth Clark, who received a country house in exchange.
Tweet