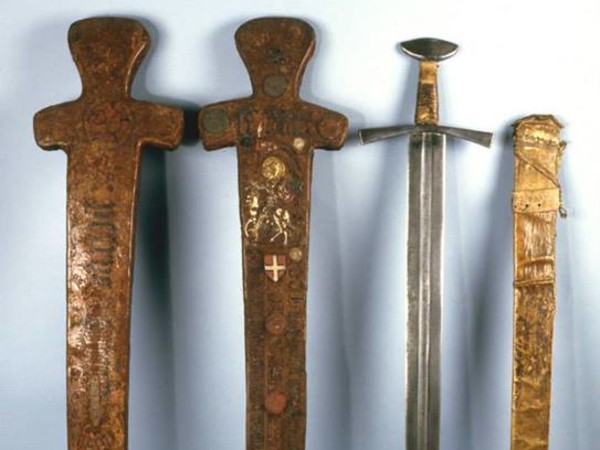 The sword comes with its original scabbard in excellent condition: the clean blade, double-edged, the hilt covered with canvas, already white. This is due to the fact that the object, at least since the fifteenth century, it was considered one of the most important relics of the House of Savoy: the sword of St. Maurice, commander of the Theban Legion and martyr (III cent. BC) becoming one of the very symbols of the historical and military of the Savoy dynasty.
The sacred relic, the abbey of Agaunum (now Saint-Maurice, Switzerland), where the saint was beheaded with his companions, he was transferred to Turin in 1591 and kept in the Chapel of SS. Shroud exhibition in the Armory until 1858.
The shape of the blade and the handle, with the knob slightly elongated, called "Brazil nut", allow you to place the sword in the first half of the thirteenth century, by comparison with similar specimens in museums.
Tweet