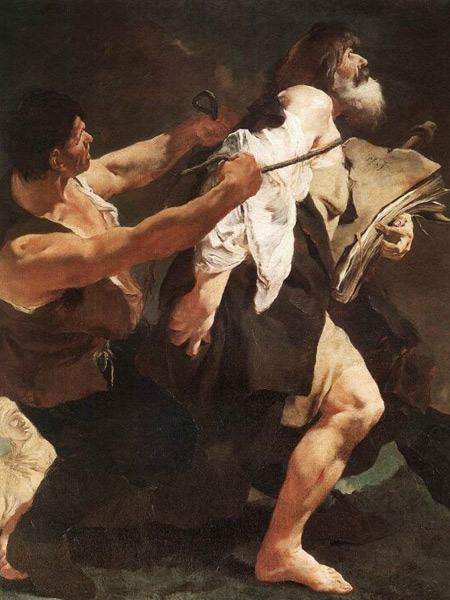 This painting was one of twelve canvases in the presbytery that depicted the apostles, which were painted by the principle Venetian artists of the early eighteenth century. The work uses a dramatic style, rich in chiaroscuro, to depict Saint James, who can be recognised by his book and staff, the symbol of the pilgrim, being violently restrained by one of the executioners.
Tweet