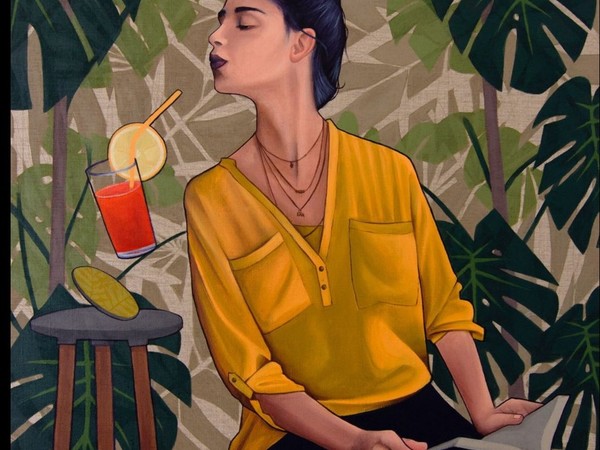 
Artez was born in 1988 in Belgrade, in former Yugoslavia. He was raised by his mother, 12 years older sister and father who used to show him how to draw. At a very young age he was confronted with the temporary nature of things and life, mostly because of the political situation and wars that were shaking the whole Balkan region during '90.

At that time, graffiti culture started to appear on the streets of Belgrade, and young people embraced it as a way of expressing themselves in a society that lacked culture and art.  Love for drawing followed Artez since he was a child, so graffiti letters and tags that started appearing on the streets of Belgrade inspired him to start spraying in public space when he was 15 years old.

Temporary nature of graffiti gave him the freedom to experiment with different styles and tools used for painting and constant change of “workspace” awakened his love for creating art in public space. During first 12 years of his “graffiti career”, Artez mastered the use of spray can as a painting tool he used for creating different graffiti styles & characters, 3D letters & photorealism.

Over the years his focus moved from painting small-scale surfaces with spray cans to painting large-scale murals with acrylic wall paint, brush and rollers. The style he created over the years can be described as a mix of realism and illustration.

In 2014 he founded Street Smart, a non-government organization that is focused on creating events and promoting street art.

Since 2016, Artez has continued to get noticed, thanks to the many murals he painted in India, Argentina, Germany, Italy, Finland, Norway, Serbia, Croatia, Greece, and also due to the participation of other renowned artists such as Bosoletti, Sebas Velasco, Theic Licuado, Lonac, Malakkai, Aec Interesni Kazki and many others…
Opening Saturday 7th of April, 2018 h 17:30-21