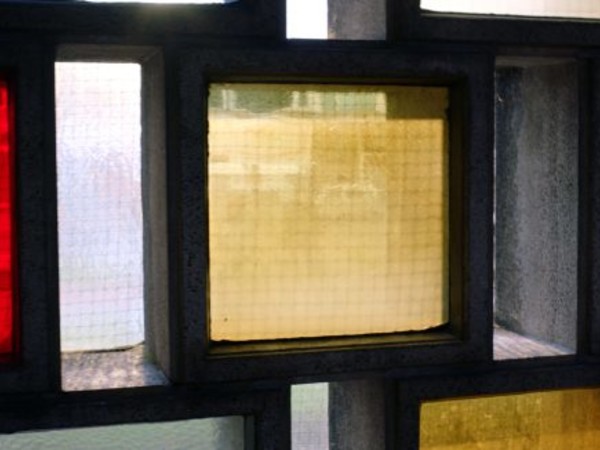 
On May 10th Minister Bussemaker of the Ministry of Education, Culture and Sciences will open the exhibiton Cinema Olanda. Cinema Olanda is a collaborative project by artist Wendelien van Oldenborgh (1962) and curator Lucy Cotter (Ireland, 1973) for the Dutch Pavilion at the Venice Biennale 2017. It embraces national representation as an opportunity to reflect on the Netherlands’ (inter)national image in relation to the current rapid transformations in Dutch society. The exhibition takes as its conceptual departure point Gerrit Rietveld’s Dutch pavilion (1953). Designed during the Postwar Reconstruction, when architecture was key to forging a new national image, the pavilion projects a progressive image of openness and transparency.
Van Oldenborgh has created a major new (filmic) installation engaging with the architectural and social vision of the Netherlands inherent in the pavilion and its resonance in Dutch society today. The installation enters into dialogue with Rietveld’s architecture, highlighting its aesthetics yet placed in tension with its underlying order. It houses three new ‘films’ by Van Oldenborgh in which architecture offers a departure point for individuals from different generations to address recent events and postwar developments from personal and professional perspectives. The films convey an alternative narrative to the Netherlands’ self-image as a tolerant nation, revealing the nation as a complex and rapidly transforming social, cultural and political space, both in the ‘50s and today.
Van Oldenborgh uses film as a medium and form of social production, and her oeuvre revolves around bringing contemporary situations and under-examined events from recent history together in unexpected constellations. She creates her work through live (public) film shoots, set in ideologically charged architectural location, in which script is generated collectively by polyphonic conversations between individuals with a personal or professional relationship to the work’s lines of enquiry.

The title film Cinema Olanda (2017, 15 mins) marks a bold new filmic step in the artist’s oeuvre by being shot in one uncut take in an attempt to connect several individuals, an architectural location, and past and current events in a momentary filmic reality. Situated in urban planner Lotte Stam-Beese’s acclaimed Pendrecht district in Rotterdam, the film seeks out alternative voices behind Dutch postwar society, reimagining itself as a uniform modern State. References range from Dutch Caribbean revolutionary Otto Huiswoud, a key figure in race, class and anti-imperial issues worldwide, to the 1950’s Indo-rock music associated with post-Independence immigration from Indonesia. Evoking the social and racial complexity of the 50’s as an overlooked element in Dutch history, Cinema Olanda challenges this vision of unity and transparency manifest in Rietveld’s pavilion.

Made in two parts that mirror each other in form and content, Prologue: Squat/Anti-Squat(2016, each 17 mins), engages with Team Ten architect Aldo van Eyck’s building Tripolis, and revisits a Dutch-Caribbean squatting action from the 1970’s, juxtaposing it with two recent squatting episodes. The film brings together individuals from different generations with backgrounds in activism and architecture, whose fragmentary conversations offer a glimpse into rapidly changing and static conceptions of solidarity in Dutch society. Currently used as an ‘anti-squat’ (a term and practice originated in Holland) facility Van Eyck’s empty building offers a provocative and visually arresting backdrop to the concerns and visions of young activist groups like the University of Colour, who set out to decolonize contemporary Dutch society.
The third ‘film’ is made up of two prints, Footnotes to Cinema Olanda #1 and #3 (2017), from a wider series in which Van Oldenborgh uses lenticular prints as a form of moving image. Conceived as a condensed filmic experience, the prints consist of layered images from the film shoot of Cinema Olanda that capture moments of production that are not contained in the film. Inviting the viewer to co-produce the filmic image through their own movements, they offer a dynamic viewing experience.
Cotter’s curatorial departure point for the exhibition was to engage with Gerrit Rietveld’s Dutch Pavilion as a national presentation in its own right. The exhibition forms part of Van Oldenborgh and Cotter’s wider Cinema Olanda collaborative project that seeks to contribute towards the development of a new national self-image by bringing art, film and architecture in dynamic relationship with questions of social imagery and agency.
Parallel program
An extensive parallel program in the Netherlands shares the exhition’s questions with a national audience.
Publications
Two publications will coincide with the opening of Cinema Olanda at the Venice Biennale. The exhibition catalogue, Cinema Olanda: Wendelien van Oldenborgh, edited by Lucy Cotter and published by Hatje Cantz /Mondriaan Fund; with a portfolio of images of the filmic works and exhibition accompanied by a series of essays by leading writers in the fields of art, film, architecture, social anthropology and critical race studies. And a special supplement of the Dutch news magazine De Groene Amsterdammer on Cinema Olanda, in keeping with the artist and curator’s wish to extend the exhibition’s underlying questions to a wider Dutch public.
Mondriaan Fund
The Mondriaan Fund, a publicly financed foundation for visual arts and cultural heritage, is responsible for the Dutch entry to the Venice Biennale. For the 57th edition the Mondriaan Fund again issued an open call to curators, who were asked to produce a plan together with one or more artists in keeping with a state event. Cinema Olanda was selected from 68 proposals with a unanimous jury vote. The jury was made up of Lorenzo Benedetti (curator of, among other presentations, the Dutch pavilion at the 2013 Venice Biennale), Nathalie Hartjes (Director of Showroom MAMA), Aernout Mik (artist, whose resume includes presentations at the Dutch pavilion in 1997 and 2007) and Mirjam Westen (Curator of Contemporary Art at Museum Arnhem). The jury was chaired by the Director of the Mondriaan Fund, Birgit Donker.
The presentation developed by Van Oldenborgh in collaboration with Cotter was selected due to the quality of the artist’s existing body of work, the curator’s reputation, the added value of the collaboration between the artist and the curator, and the relevance of the proposal.
“I’m at a loss for words. It’s an honour, a great pleasure and a tremendous responsibility. This will be a wonderful moment to share the current transformations in Dutch society with an international audience.” (Wendelien van Oldenborgh)

Partners
Cinema Olanda is partnered by Society of Arts (AvK), Amsterdam School for Cultural Analysis (ASCA), University of Amsterdam, Wilfried Lentz, Rotterdam and Nuova Icona, Venice and has the kind support of CBK Rotterdam, City of Rotterdam and BPD.