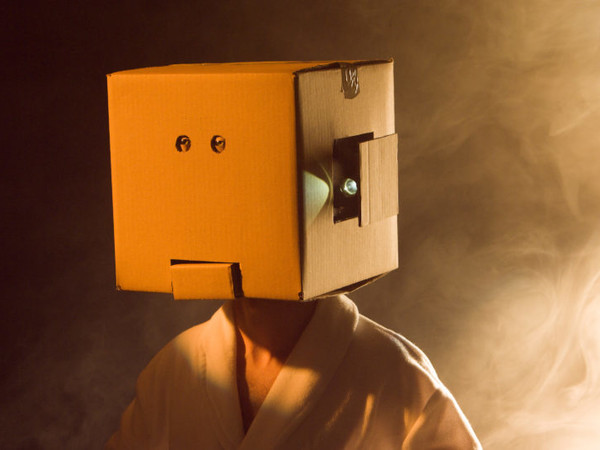 
Artists Nathaniel Mellors and Erkka Nissinen will present their first collaboration, The Aalto Natives, in the Finnish Pavilion at the 57th International Art Exhibition – La Biennale di Venezia. Opening on 13 May, the exhibition is the flagship contemporary art event included in Finland’s official centenary programme. Its patron is Mrs Jenni Haukio, the spouse of the President of Finland.

Individually known for their irreverent and often comedic story-driven work, in which a humorous approach deceivingly belies a profound inquiry into contemporary issues of morality and power, Mellors and Nissinen will focus on various clichés surrounding Finnish history and national identity in The Aalto Natives.
The installation will be conceived for the architectural and ideological context of the Finnish Pavilion, designed by architect Alvar Aalto in 1956. Conflating ideas and tropes from archaeology, anthropology and science fiction, it will re-imagine Finnish society.
“The Aalto Natives explores themes such as the invention of national identity and the origins of culture by way of absurdist satire. Dressing its intellectual ambitions in purposefully silly gear, it both addresses the complex challenges our globalized world faces today, and pokes a cheeky kind of fun at the political correctness of its discourse,” says curator Xander Karskens.
In The Aalto Natives, the artists, who share an interest in the capacity of absurdism and transgression to critique power structures and the status quo, bring together Nissinen’s intuitive, do-it-yourself attitude to image production and his penchant for naïve musicality, with Mellors’ writing-based approach to filmmaking, and integration of sculpture.
“We wanted to take a cosmic perspective on nationalism — a comic-cosmic perspective on national identity, creation mythology, transnational movement, bureaucracy and class & racial stereotyping. We started with the idea of creation mythology – it seemed both absurd and necessary. We took a trip to the Ateneum in Helsinki, looked at  the Kalevala paintings and talked about the role of the egg-laying duck. We realized that Finland is part of a broader genus of egg-based civilizations,” say the artists.