Summer concerts to save the Basilica of San Lorenzo 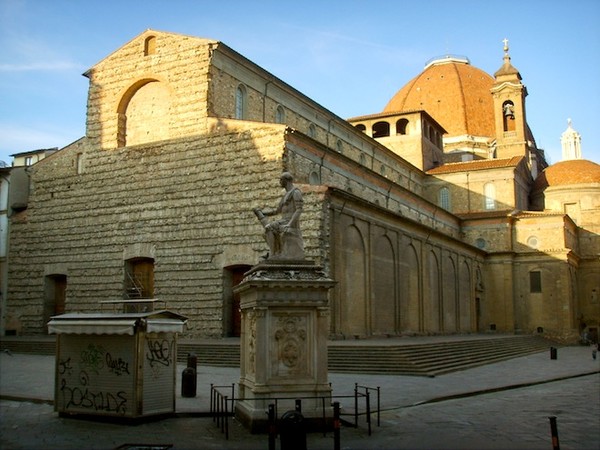 Florence - After the celebrations for the 450th anniversary of Michelangelo, culminating in a big show on July 14th, 2014, the front of the Basilica of San Lorenzo becomes the stage of the concerts of "Ridiamo voce al Campanile".

The program includes three new music events with free admission, on 24 and 31 July, and September 5, 2014. On this occasion funds will be raised the restoration of the bell tower.

The tower was one of the latest works commissioned by the Electress Palatine, Anna Maria Luisa de 'Medici, the last descendant of the great Florentine family. She who left all the Medici's properties to the City of Florence with the Family Pact and to which the Museum of the Medici Chapels dedicates a major exhibition (until November 2nd, 2014).
medici · restauro · campanile · basilica di san lorenzo · concerti · raccolta fondi · bell tower · restoration · basilica of san lorenzo · elettrice palatina · medici family · concerts · fundraising · electress palatine
Tweet