Timeless Marvel Stone. Painting in Rome in the 17th Century 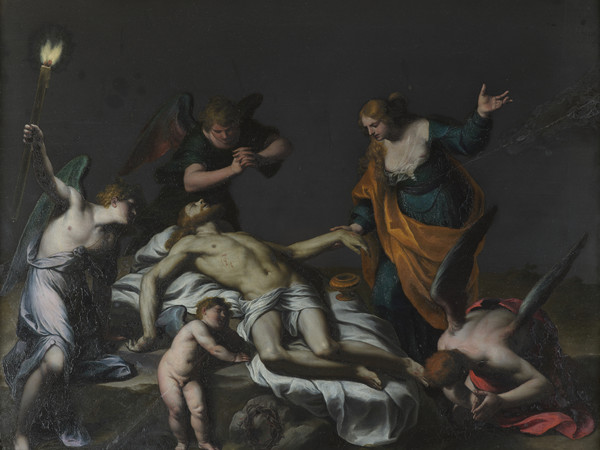 In the fall, the Galleria Borghese will dedicate an exhibition to stone painting – its development and its historical and semantic implications during the 17th century – curated by Francesca Cappelletti and Patrizia Cavazzini, as part of a research project begun in 2021 with an extension of the research on nature and landscape in the museum’s collection.

Among the consequences of the Sack of Rome was Sebastiano del Piombo’s invention of stone painting. In effect, despairing because of the loss of many paintings during the Landsknechts’ long siege of the city, the Venetian painter – who had been  part of Agostino Chigi’s circle in Rome since the first decade of the century – is said to have resolutely undertaken the practice of painting on supports more resistant to dangers and time than canvas.

The stone painting in the museum, which still contains mainly the works collected by Scipione Borghese in the first three decades of the 17th century in their original arrangement, presents noteworthy aspects of interest.
In effect, the change of context, with respect to the “invention” of Sebastiano del Piombo and Florentine painting of the second half of the 16th century, will elicit amazement and reflection among the public, as in the middle of the 17th century the impact of the collection elicited wonder and astonishment.

One of the causes of this astonishment was no doubt the diversity of the materials employed in the works of art and their vicinity to the natural space of the gardens and the park which surrounded the villa. The relationship between art and nature was also brought inside the rooms with the exhibition of sculptures, paintings, objects, and works that were in a situation intermediate, almost as if in metamorphosis, among the various arts. Thanks to the use of marbles and metals, the paintings could compete with the sculptures in their ability to defeat time or reinforce, for example, the idea that a portrait, executed to make the memory of a person endure, could really be transferred – thanks to the magic of art – to a world far from the impermanence of forms.

In Rome, these factors, which led to the success of stone painting in the 16th century, were further strengthened by the observation of antiquity: coloured marble and extremely rare examples of Roman stone painting will add to the exhibition itinerary and make it even more spectacular.