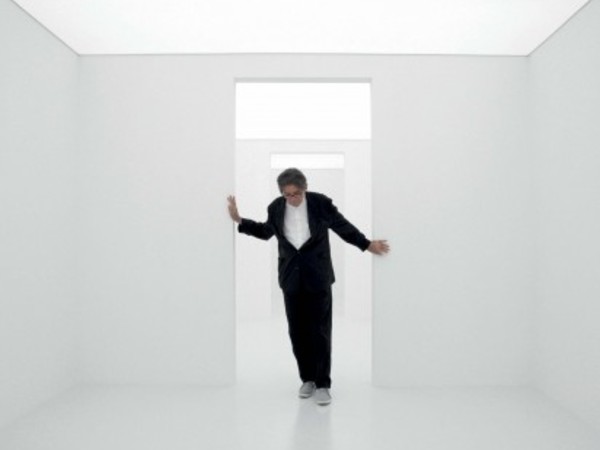 More than 70 works, three museums and a single title for three exhibitions born out of the desire to present the variety, complexity and profundity of the work of Ettore Spalletti, master of Italian contemporary art. UN GIORNO COSì BIANCO, COSì BIANCO is curated by Anna Mattirolo at MAXXI in Rome, Danilo Eccher at the GAM in Turin andAlessandro Rabottini and Andrea Villani at the MADRE in Naples.
The exhibition opens to the public at MAXXI on 13 March 2014(through to 14 September 2014) with a project characterised by large environmental installations conceived specifically for the occasion and a series of works created over the last few years.A broad selection of works from the artist’s studio and major private collections will instead be presented at the GAM Galleria d’Arte Moderna e Contemporanea in Turin from 27 March (through to 15 June 2014), while the MADRE Museo d’Arte Contemporanea Donnaregina in Naples will be presenting an extensive retrospective of Spalletti’s work from his debut through to the present  (from 13 April to 18 August 2014).    Over the course of 40 years, Ettore Spalletti has traversed some of the most significant episodes in the history of international art, developing an original idiom capable of establishing a dialogue between contemporaneity and classicism.The three exhibitions, conceived by the artist in close dialogue with the museum spaces, recount every aspect of his work, from painting to sculpture and through to environmental installations, set within non-chronological configurations that are instead open to the suggestions of the works themselves.