Fattori. Masterpieces and openings on the 20th century 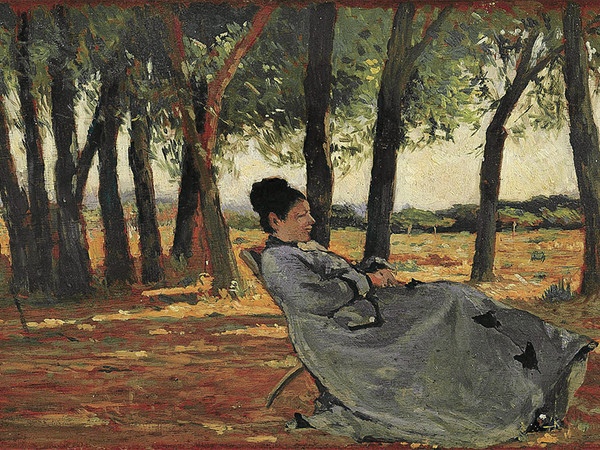 GAM – the Municipal Gallery of Modern and Contemporary Art in Turin will host – for the first time in its premises – a great retrospective dedicated to the works of Giovanni Fattori (Livorno 1825- Florence 1908), one of the absolute masters of the 19th century in Italy who was able to interpret, in an original and innovative way, both the issues of the great battles during the Italian Risorgimento and the subjects connected to rural life and landscape, which he often infused with new dignity and solemnity, similarly to what he did with portraits.
The exhibition “Fattori. Masterpieces and openings on the 20th century”, which is opening to the public from 14th October to 20th March 2022, is organized and promoted by GAM Torino - Fondazione Torino Musei and by 24 ORE Cultura – Gruppo 24 ORE in collaboration with Istituto Matteucci and Museo Civico Giovanni Fattori di Livorno.
The exhibition path presents over 60 works by the artist from Livorno, including larger paintings, precious tables and a selection of etchings. It is articulated into nine sections and it covers a long time span, from 1854 to 1894, ranging from the experimentation of the Macchiaioli movement to capital works in the Sixties and Seventies up to more mature paintings, which reveal his acute and innovative eye, able to open up to the forthcoming 20th century.
The curators of the project, Virginia Bertone (GAM Head Curator)and Silvestra Bietoletti (Art historian, specialized in 19th century Tuscan painting), together with the Scientific Committee made up of Cristina Acidini, Giuliano Matteucci and Fernando Mazzocca, have conceived an articulated exhibition project that follows – according to both chronological and thematic orders – the works of the master whose artistic work could meet the taste of the people of Turin already during the 19th century. This is witnessed by Fattori’s presence in the exhibitions set up in the city – both the annual events of the Turin Society of Fine Arts and the National Exhibitions – from spring 1863 until 1902.
The path concludes with some emblematic works by Fattori’s learners and by some artists who were influenced by the suggestions of his paintings – Plinio Nomellini, Oscar Ghiglia, Amedeo Modigliani, Lorenzo Viani, Carlo Carrà, Giorgio Morandi – witnessing the lesson that the master from Livorno was able to stir in the Italian painting movement in the 20th century.
The exhibition is also enriched by a suggestive video narrating – through Fattori’s own words in the letters and documents of the time – the places, human vicissitudes and artistic relations that have accompanied the master’s life. A journey within the journey to help understand the Livorno artist, whose character was reserved, however charismatic enough to influence the future generations of artists.

FATTORI AND THE CITY OF TURIN
In spring 1863, Giovanni Fattori sent to the exhibition of the Turin Society of Fine Arts his Military Ambulance (An episode of the Italian independence in 1859). To meet the Turin audience for the first time, the artist had chosen the subject of The Italian camp after the battle of Magenta that had gained him the victory at the Ricasoli Competition, a major event to start his artistic career.
Fattori’s presence at the exhibitions in the Piedmont capital – both the annual events of the Society of Fine Arts and the National Exhibitions – would be regular until 1902. His first followers included Marco Calderini from Turin, a smart learner of Antonio Fontanesi and eminent player in the city’s cultural scene, who contacted him to purchase some lithographs, witnessing a deep appreciation for his graphical works too.
During the first years of the 20th century, the attention on Fattori’s work intensified and he became the model of a new “classical ideal”: then, major collectors, like entrepreneur Riccardo Gualino, enriched their collections with masterpieces like the Portrait of the second wife, kept at the Modern Art Gallery of Palazzo Pitti in Florence, which is also presented at the exhibition.
In 1930, the year when he took up the direction of the Municipal Museum in Turin, Vittorio Viale was able to guarantee to the Turin collections the precious table Red little cheeks, a painting belonged to the Florentine collections of Giovanni Malesci and later of Mario Galli, which is now kept at GAM. The purchase of Red little cheeks would offer the opportunity to underline the fortune of Fattori and other Tuscan artists of the 19th century in Turin, in the wake of Lionello Venturi.