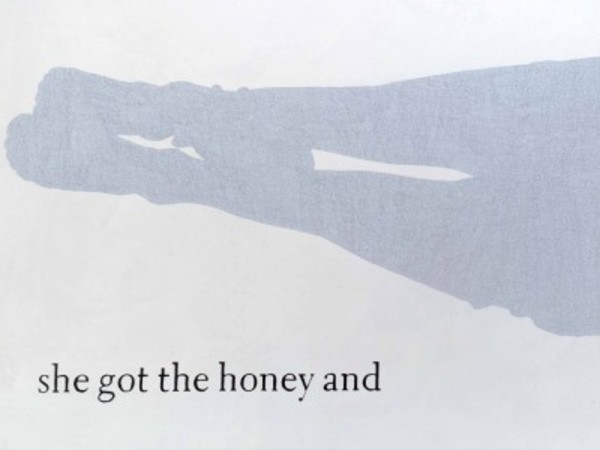 The GAM is dedicating a special tribute to the portoghese artist Julião Sarmento, with the setting up of an exceptional exhibition that opens the third chapter of Dialogues, the exhibition project that aims to establish a dialogue between artists and active on the international contemporary art scene and works choices of the permanent collections.
The exhibition, held in the premises of GAM Underground Project in an area of ??over 1000 square meters, is an important recognition of the work of the artist, more than 15 years after its first and only Italian exhibition held at the Gallery of Modern Art of Bologna.
The development of artistic research Sarmento is presented in GAM according to a rigorous curatorial developed with cutting thematic approach, which analyzes the work with a critical eye. We will start from the sequences of the jobs that revolve around the theme of the female figure and the object, to conclude with the works devoted to architecture, including the two videoCromlech 2010 and ROC ( 40 plus one) of 2011 where he reassembles the binomial woman - architecture.
The exhibition shows a selection of some 30 works, among the most significant in his artistic production, give an account of the all-encompassing vision of the world, offered by Sarmento through different media: photography, painting, and, in recent times, the sculpture. The works on display span the artist's entire production, from the late 70s to the most recent works.
In the context of dialogues, Julião Sarmento has chosen, among the works of the museum's collection, two different "models" of his artistic inspiration: the Italian painter Giorgio Morandi and the American artist Sol LeWitt, two artists seem distant but which retain both a solid formal research, Sarmento feature that considers both point of departure and point of arrival required. At the center of the confrontation with the two teachers was evidenced by the large triptych White Veil, made especially for the exhibition at GAM, placed in dialogue with Complex Form # 52 Sol Lewit and, on the opposite wall, with a selection of 12 works by Giorgio Morandi - delicate and intense pages watercolor and pencil - and a couple diNature death painted.
The endless variations of Morandi painted on the page, analyzes suforme, volume and space Lewitt have called the attention of Sarmento has always tended to 'combine' work on the detail of the representation and the maintenance of a higher vision, within which to place this analysis. A referral narrative, an ongoing allusion to something else that seems to emerge from the images. Each of his works seems to demand something more to the viewer, the completion of its necessary for a (provisional) understanding.
On the occasion of the exhibition is published an important book published by Silvana Editoriale that, in addition to color reproductions of all the works exhibited and innovative graphic design, propose the essays by Danilo Eccher and Richard Passoni, Director and Deputy Director of GAM and the curators of the exhibition, and critics Portuguese Alexandre Melo and Sérgio Mah.

Julião Sarmento was born in 1948 in Lisbon, where he lives and works.